Real Life Extra Sensory Perception: Everything You Need To Know

Real Life Extra Sensory Perception: Everything You Need To Know

Extra Sensory Perception is one of the most intriguing phenomenons affecting us today. Psychologists define ESP as a person or animal acquiring information which it could never have received normally.

For example, have you ever thought of a friend you haven’t heard from in years, only for them to call you a moment later?

Or, have you ever had a strange sense of foreboding, felt the need to leave wherever you are, and discovered days later that you’ve had a very lucky escape? That’s Extra Sensory Perception at work.

The Study of Extra Sensory Perception

Extra Sensory Perception is studied by parapsychologists. This field of science is quite different to psychic studies or astrology. Parapsychologists are usually members of an organisation established in 1957, called the Parapsychological Association.

These researchers focus their work on the world of the paranormal, including telepathy, clairvoyance, out-of-body or near-death experience, precognition, hauntings and psychokinesis. 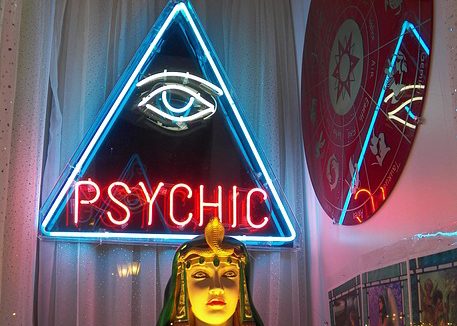 From the French words clair, meaning clear and voyance, meaning vision, clairvoyance is best described as a person’s ability to learn something about a person, object or event using their extrasensory perception. The existence of clairvoyance is contested by scientists, but it’s one of the key areas of study for parapsychologists today.

This phenomenon is best described as a person feeling like they’re floating outside of their own body. In many cases those who have experienced this have reported feeling as if they’re high above their own body, looking down on it. Perceiving your own body from a place outside of it is key to the experience.

An experience like this can be attributed to sensory deprivation, dissociative or psychedelic drugs, dehydration, sleep and electrical stimulation of your brain. The phenomenon is understood by neuroscientists and psychologists to be caused by a wide range of different psychological and neurological factors.

Precognition is hugely important in the study of Extra Sensory Perception. This is a psychic’s ability to see into the future, or to predict something happening before it occurs. There’s no scientific evidence for the phenomenon, but it’s widely believed to be real amongst parapsychological communities.

There was a famous seer who actually predicted several things that REALLY happened, in real life. Check out our list of Nostradamus predictions that came true.

Some psychics claim to have the ability to move objects without touching them, just by harnessing the power of their own minds. The word was first used in 1914 by author Henry Holt. It appears in the book On the Cosmic Relations.

Experiments in psychokinesis have been taking place since at least 1934, and in a study which took place in 2006 28% of male participants and 31% of female participants agreed that “it is possible to influence the world through the mind alone.”

Telepathy is the intriguing idea that two humans can transmit information between each other, using just their minds. Scholar and founder of the Society for Psychical Research Frederic W. H. Myers coined the term back in 1882.

There have been hundreds of instances throughout history of humans claiming to be able to transmit information between each other telepathically, and this is a key area of study in the world of Extra Sensory Perception.

Who Can Experience Extra Sensory Perception?

Parapsychologists believe that every single person has the capability to experience Extra Sensory Perception. Some people, however, appear to be more perceptive to it than others. This is particularly true of children.

Many children report their ability to use Extra Sensory Perception. However, as we grow up we tend to suppress our own subconscious, particularly if we’re not able to rationalise what we’re experiencing.

Whilst Extra Sensory Perception may be a rare phenomenon in today’s world, it has been argued that in the past things might have been very different. Renowned psychoanalyst Sigmund Freud claimed that telepathy might have been the way in which humans originally communicated with each other.

He theorised that perhaps, once humans begin to learn language and were able to communicate more effectively, they stopped using their telepathy and thus the skill faded away.

Interestingly, this idea has been backed up by a study undertaken by Dr Montague Ullman, who found that people who were completely unable to communicate verbally or through hand signals, were actually able to communicate on a telepathic level. The therapist was surprised by a telepathic dream of awareness of the physician’s problems, indicating the amazing abilities of the subjects in the study.

Problems in the Study of Extra Sensory Perception

Extra Sensory Perception has long been relegated to the field of pseudoscience, and this is largely because it’s so difficult to prove through normal scientific study. For example, for a scientific study’s results to be accepted by experts in the field, it must adhere to a series of a rules. It must be a controlled experiment.

It must be repeatable. And it must indicate a hypothesis which covers all aspects of psychic activity.

With Extra Sensory Perception, that’s simply not going to happen. Ghostly apparitions and sightings can’t be easily repeated for the purposes of scientific research.

Clairvoyants aren’t able to summon information on demand, in a laboratory setting, in order to corroborate their findings. And out-of-body experiences are typically once-in-a-lifetime happenings. They just don’t happen on demand.

For this reason, scientists have long been sceptical about the idea of Extra Sensory Perception. Whilst many studies have been completed, the results of these are best described as “better-than-chance” evidence of the existence of telepathy, clairvoyance, psychokinesis and precognition.

There’s one thing to keep in mind, though. Every single scientific discovery in history has followed a long period of people being very dubious about facts which would come to be proven as true.

Just think about the discovery of electricity, and how people must’ve felt about lightening before they came to understand its existence.

What do you think people first thought when they saw the laws of attraction at work, but they had no understanding or what magnetism was, or how it would work? How do you think people rationalised the powerful force of gravity, before Newton’s apple landed on his head?

It’s perfectly possible, and indeed plausible, that at some point in the future of our planet, humans will come to understand the rich and varied phenomenons that make up Extra Sensory Perception in a lot more detail.

We don’t know when, and we don’t know how, but what we do know is that we can’t wait for that day to come! There are a number of books on this subject which really do ask some serious questions, and will make you think!