Sleeping Upright Explained: Why Some Animals Sleep Standing Up

Sleeping Upright Explained: Why Some Animals Sleep Standing Up

Animals have their own ways of living and sleeping. However, did you know that some of them have quite strange sleeping habits? They do! In fact, some animals sleep upright, which is quite impressive.

Some of us struggle to sleep in comfy chairs without enough support for our neck, back, and upper body.

So, how do animals do it then?

‘Stay apparatus’ is the secret. 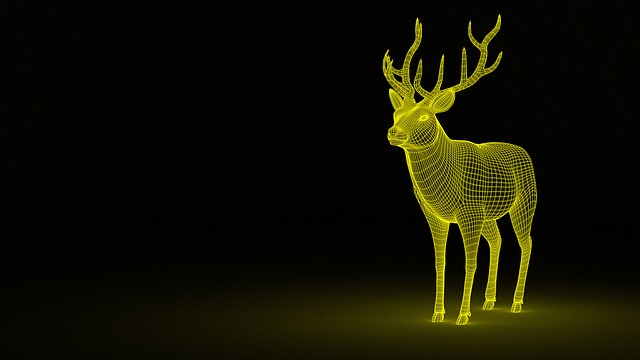 At this point, you’re probably wondering what we’re talking about. Let’s define the secret:

Stay apparatus is a group of ligaments, muscles, and tendons which lock major joints in.

For example, you know that horses sleep upright? Well, the stay apparatus is a mechanism that makes this possible for these animals.

The mechanism has a role in reducing fatigue while standing for large land mammals.

What makes this mechanism so great?

The best thing about it is that it allows animals to relax their muscles without collapsing. This makes it possible for them to sleep upright and be comfortable while doing it.

How does it work?

Stay apparatus is an arrangement of muscles, ligaments, and tendons that collaborate so animals can stand still while sleeping. They do this without any muscular effort.

The main thing to remember is that animals distribute their weight in a different position. Weight is distributed between three limbs while resting. The fourth limb is in a flexed position, which is a non-weight-bearing position.

The best part is that animals can shift the weight periodically, which allows them to rest all the limbs at different times.

Why is this important?

By the way, I made a video explaining a simple technique you can use to fall asleep in 5 seconds or so. It works, and the military use this! You can watch it on my YouTube channel or below:

All limbs can rest individually, which helps to reduce the overall wear. Standing on the same limbs for hours would probably hurt.

Animals sleep in a stay apparatus position because some animals, like cows and horses, would be dangerously affected if they didn’t sleep this way. In other words, they would probably experience extreme levels of fatigue during the day.

The accessory check ligaments act as tension blends in order to stabilize a horse knee called the carpus.

Shoulder and elbow joints have a musculotendinous structure, which is critical in passive extension.

In hind limbs, ligaments, muscles, and tendons collaborate with reciprocal joints on the specific stifle and hock to make them flex and extend in unison.

Cattle don’t usually sleep upright, but they have a stay apparatus and use it when they need to rest their limbs.

Anatomical structures that are important in the stay apparatus are:

Triceps brachii is the most important extensor that keeps elbows flexed.

There are three heads:

Biceps brachii is equally as vital because it prevents elbows and shoulders from bending while sleeping in this position.

Extensor carpi radialis flexes the elbow while extending the carpus as well.

What are the most common animals that sleep this way?

The answer is – horses!

Horses that sleep in a straight standing position are able to run better from predators. Another interesting fact is that horses can’t get REM sleep while sleeping upright. This is precisely why they sleep on their hooves.

Cows joined the sleep-while-standing club, too. Most of the time, because of their weight, cows sleep lying down. However, they’re equally as good at sleeping upright.

Animals that are this big can actually damage their internal organs by sleeping on the ground. For this reason, sleeping in the stay apparatus position is a great solution for them.

The greatest example are probably elephants.

As we said, horses sleep upright so that they can always be alert and ready to run away from potential predators.

But, did you know that giraffes use the same method for the same reason?

Still, giraffes sleep upright because of their height as well. These are tall animals, and sleeping on the ground would be too complicated for them. It would take too much time to get up in case a predator is lurking.

Plus, a giraffe standing up has a higher chance to notice whatever it’s coming at them.

Keep in mind that mammals share this unique method of sleeping with others. The unique sleeping position is used by flamingos as well.

Flamingos don’t have any comfortable places to sleep because their home is on caustic salt flats. For this reason, they sleep upright.

Herd animals like bison have a different reason why they sleep in an upright position. In herds, not all animals get to sleep when everyone’s sleeping.

Those animals that are awake have to keep an eye for potential predators. In most cases, these animals sleep upright, which allows them to be alert.

Do only big animals sleep upright?

In most cases, only big animals sleep this way.

Most four-leg animals such as moose, cows, bison, rhinos, and others sleep lightly on their feet. For deeper sleep, most of them do have to lie down.

With that said, it’s important to note that sleeping upright is only for light sleeping. It’s more a state of drowsiness than actual deep sleep.