What a cool idea.

When I first heard about Guayusa and what it can do, I was STOKED.

But before I start this guayusa review I’d like to say that this isn’t JUST for lucid dreaming. This stuff is great for EVERYTHING and will give you energy throughout the day.

It’s not JUST a lucid dreaming tea; BUT it is great for that as well. Channing Tatum uses Guayusa, so read on to find out why.

I’ll explain what Guayusa is, how it works and where you can get it. I’ll also review Ecuatea guayusa tea and at the end I’ll give you an Ecuatea coupon code to get a 10% discount!

Guayusa or ‘Ilex Guayusa’ is a plant that grows in Ecuador, Peru, and Columbia.

It grows about 200-2000 meters high. It’s not very often collected by botanists, and is cultivated generally. Its helping to bring income to the people who cultivate it, as more people around the world are learning about it’s interesting effects and importing it.

It’s also known as ‘Wayusa’. Some people refer to it as ‘watchmans plant’ because it’s said to ‘keep your eyes open in the night’. This means basically it’s PERFECT for lucid dreaming!

It’s said to sharpen senses during the day as well, and so people native to where the plant grows take it so keep them alert while hunting. The ‘stimulant’ effect is said to be more powerful than coffee but without the ‘buzzy jitters’ that coffee can give you. (I can confirm this is in fact true. More on that later) Cool stuff!

How does Guayusa work for lucid dreaming?

The effects of Guayusa need just a bit of explaining.

Firstly, if you’re trying to use Guayusa as a lucid dreaming tea you should probably have at least some idea about how lucidity works in general. You’re not going to instantly wake up in your dreams just by drinking tea. If only it were that easy.

What it DOES do is provide ‘dream support’ like most lucid supplements. This means if you have the foundations there you’ll find it EASIER to become lucid when taking the tea.

It works in a number of ways to promote alertness, focus and self awareness AT THE SAME TIME as promoting relation and serenity.

This mixture is what makes it a better stimulant than coffee, and one that can actually help you sleep and dream better.

Let’s look at the basics.

Caffeine is a natural stimulant which is said to improve cognitive function, focus and mental clarity. That being said it can leave you feeling jittery and ‘buzzed’ if you drink too much.

It’s been shown that Guayusa tea has:

– Double the amount of antioxidants as green tea (This is good stuff that helps your body heal!) 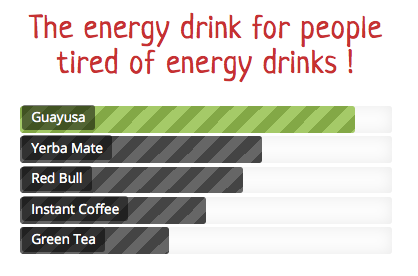 Sounds really good! And it is!

So, normally when you drink coffee, you do get a buzz.

Your senses are heightened and you have more focus. Problem is, it usually wears off after a few hours, right?

Also when you first drink coffee in the first hour or so, (especially if you’ve drunk an espresso) you’ll notice you might feel ‘wired’ and shaky.

Well, this isn’t the case with guayusa. Guayusa contains a ‘secret’ substance which counteracts this jitteriness and produces a smooth longer lasting buzz and focus.

L-Theanine is the amino acid in guayusa which promotes relaxation, and helps to reduce stress.

It allows you to stay focused but also serene and calm. It’s also boosts your mood and improves cognitive performance. It’s pretty incredible.

Well, in certain drinks, there are ‘nervous stimulating molecules’. These are known as ‘Xanthines’. Some of these Xanthines are Caffeine, Theobromine and Theophylline.

Coffee only contains caffeine, whereas Yerba mate and Guayusa also contain the other two; Theobromine and Theophylline.

This means that Yerba Mate and Guayusa provide more energy and for longer as well. The difference is as I explained before that Guayusa contains L-Theanine as well.

So it has all the benefits of coffee, Yerba Mate and other energy drinks but it also contains L-Theanine, making the buzz much ‘smoother’ and longer lasting.

By now you should be starting to see how awesome Guayusa lucid dreaming tea can be and why you need it in your life! Now I’m going to talk a little bit about the particular Guayusa I tried from a company called ‘Ecuatea’.

Ecuatea Guayusa is really good, and comes in a lovely good looking pouch (there are also bigger sizes available like pots etc) 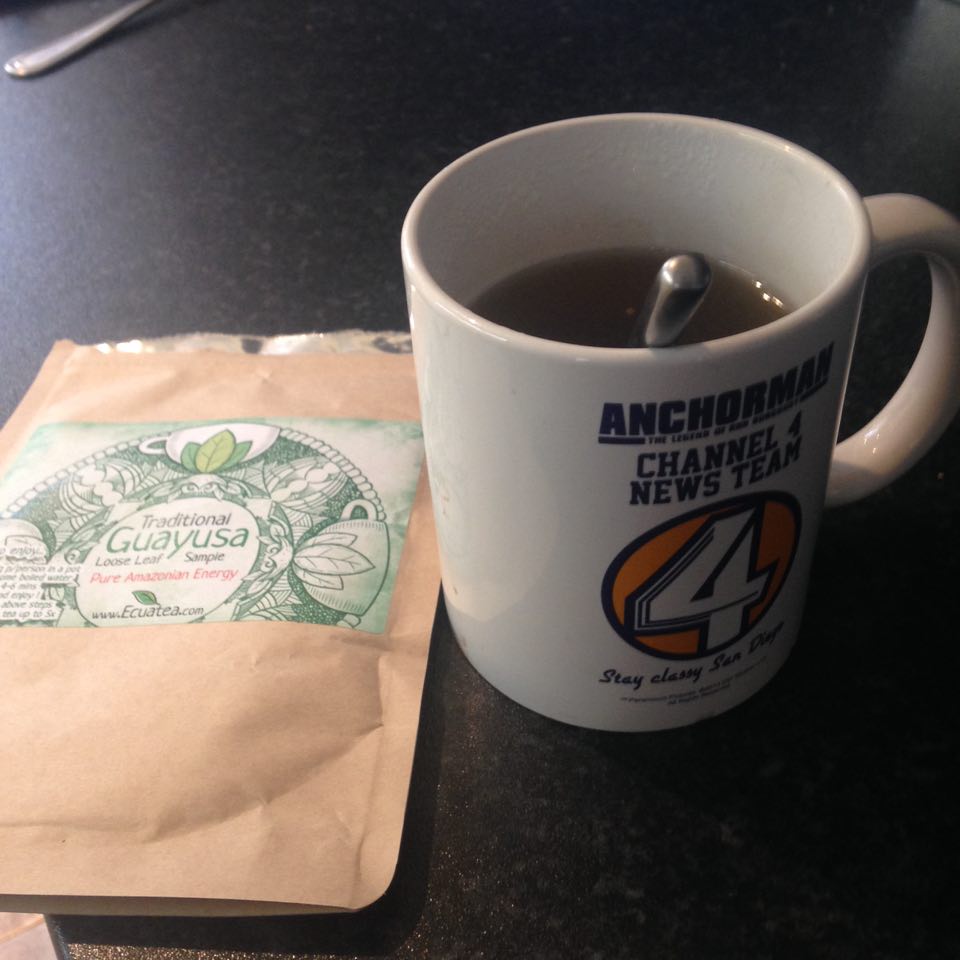 It tastes surprisingly smooth and almost sweet. Of course you can add your own stuff like Sugar, Honey etc but I prefer to just taste it naturally. It’s really not bad at all! It also taste great cold or hot, which is not something I can say for other teas I’ve tried. 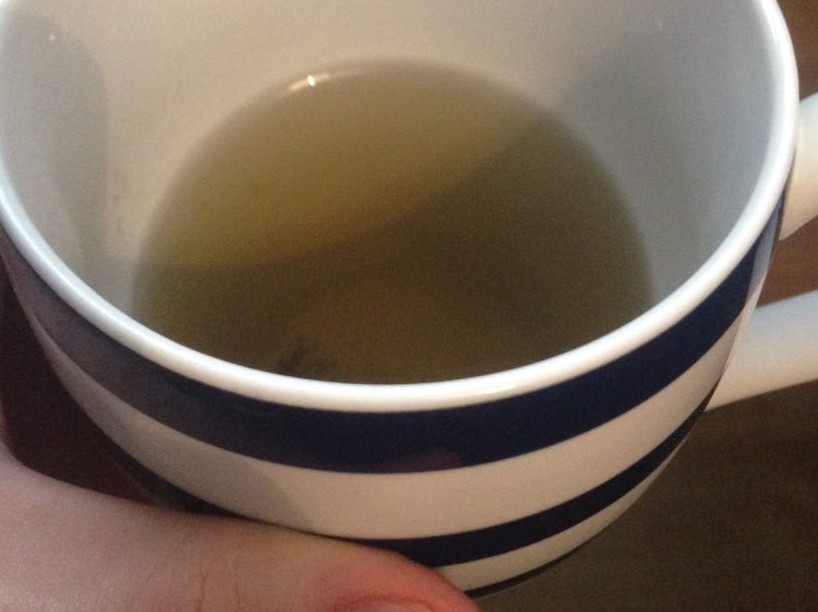 How to brew Guayusa –  Brewing Guayusa is pretty easy. Basically, you’ve got your loose leaves. 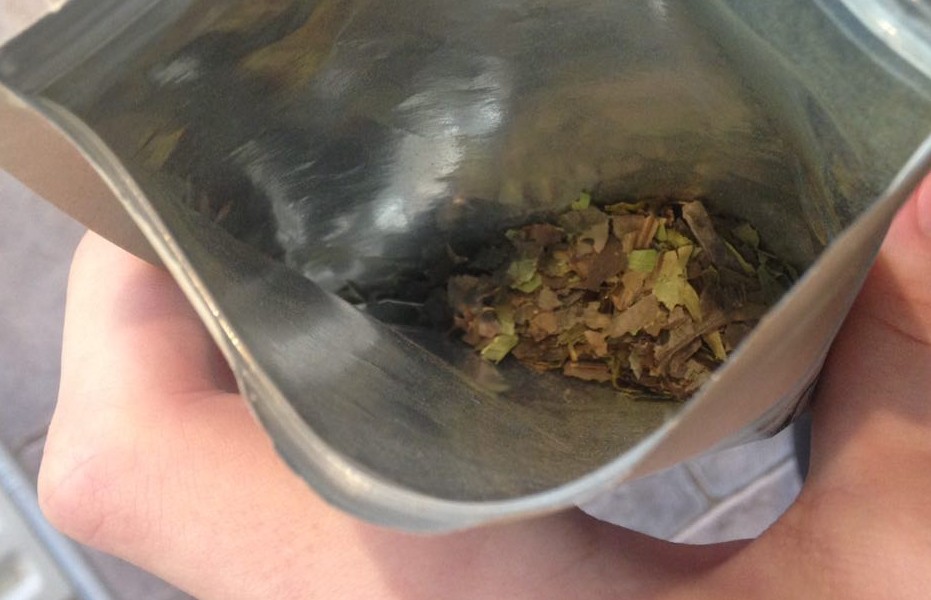 You take one-two teaspoons of the leaves, put them in a cup and then pour boiling water on them. Luckily, Guayusa doesn’t get bitter like some other teas the longer you leave it and when you use boiling water. After about 6-15 minutes (Depending on how strong you want it) it’s ready to be filtered.

Now you just need to put it through a tea strainer or a sieve. I use a sieve but I’ll be getting a proper strainer soon.

You can use the leaves more than once! I’ve found that the leaves retain their strength for about 3-4 uses! You can just pour more hot water on the filtered leaves and have another cup. Or just use fresh leaves, it’s up to you.

How to use Guayusa for lucid dreams

Now, aside from giving you focus, energy and happiness in the day time this tea actually has some great effects for lucid dreaming as well.

The BEST effects are noticed when you drink it in the early morning and then go back to sleep. This is because you’re targeting your REM sleep. I’ve said before that your best lucid dreams happen in this time of the night.

Basically, just drink it normally how you would in the day time.

You can either brew it at the time you wake up or brew it before you go to sleep and drink it cold when you wake up in the early morning. I prefer to have it ready before I go to bed all filtered and ready to drink but that’s just me. I find it hard to go back to sleep once I’ve got up and started doing things, but everyone’s different.

It boosts your lucid dreams by helping to keep you alert but at the same time relaxed. This means it’s easy to fall back asleep but you maintain your awareness and focus, meaning you get profound and very stable lucid dreams.

So the best way to use guayusa for lucid dreaming is to brew a cup and then drink it in conjunction with your wake back to bed method. You could also use the wake induced technique as well.

The best place to buy Guayusa tea in the UK has to be Ecuatea.

To get 10% DISCOUNT, use coupon code: ‘howtolucid’ at the checkout!

They’re the company that sent me the tea I tried and I LOVED it.

They have fast delivery, and they are based in the UK. They deliver internationally though!