5-HTP For Lucid Dreams: How To Use It, And How It Works

5-HTP For Lucid Dreams: How To Use It, And How It Works

5-HTP (or if you want to use its full name, 5-hydroxy-tryptophan) is a chemical, but a naturally produced one. It can MASSIVELY help you lucid dream.

But what is it?

And does it REALLY give you more lucid dreams?

It’s already something our bodies produce, it’s a by-product of the amino acid tryptophan but can also be sourced from a plant as a supplement.

It’s found in the seeds of the Griffonia simplicifolia, which is an African plant.

Now, that’s a lot of complicated biological words I know, but all you really need to know is that it’s a natural chemical that affects serotonin levels, and is a lot of lucid dreamers’ first choice of supplement. 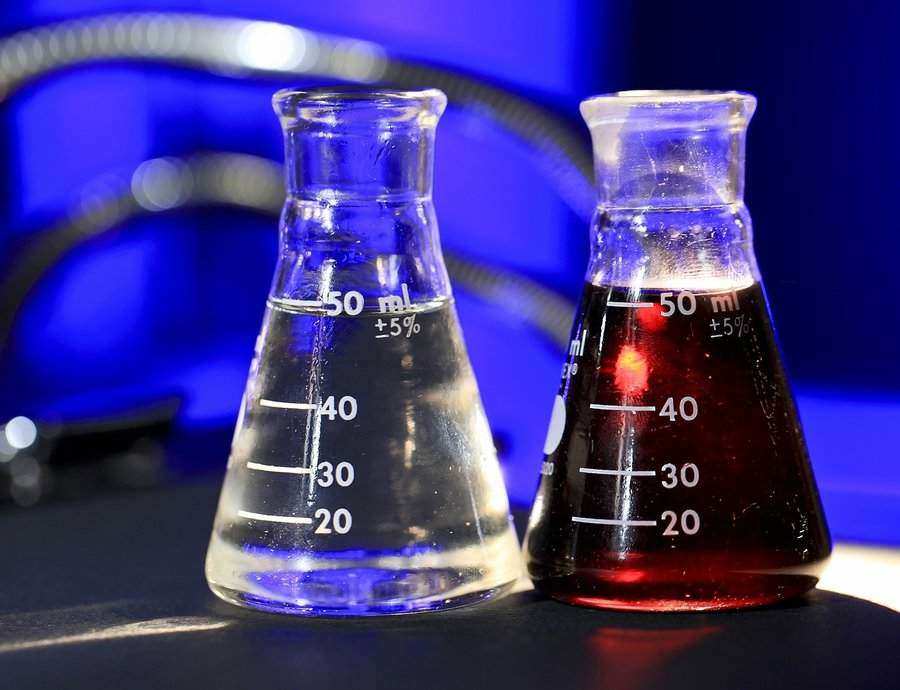 What does 5-HTP actually do?

It increases serotonin in the brain, and as serotonin regulates your mood, sleep and even your appetite, it can have an impact on several areas of your life.

What does that mean?

It can make you feel happier, and make you want to eat less (much like the chemical raspberry ketone that became all the rage a couple of years back).

As for sleep, serotonin is involved in making sure you have a good nights sleep, its also linked to melatonin, so plays a part in your body clock and sleep patterns. So by taking 5-HTP you might find that your rest is improved, and you dream more.

One that might surprise you, is that it can help improve symptoms of depression.

Obviously there are already antidepressants out there, and it shouldn’t be taken alongside them, but if you solely use 5-HTP you might find it’s almost as useful.

Serotonin is closely associated with happiness, the higher our serotonin levels, the happier we’ll feel. Feeling more positive is something I’m sure none of us would turn down, particularly if you find yourself depressed.

Depression can also make you feel tired, even if you’ve had rest. But increased serotonin doesn’t just mean you’ll get more sleep, it means that your sleep will be healthier, and you’ll feel more rested after it.

It’s also used by some for weight loss.

It suppresses your appetite, so quite simply, you’ll stop eating so much. Maybe there’s your favorite dish in front of you, and maybe you’d usually have 4 or 5 helpings, only with 5-HTP you might find yourself struggling to finish a single plate.

You can see how this would help you lose weight, but at the same time if you’re not eating as much, you need to remember to get your vitamins and nutrients in somehow. Just making sure that there is some goodness in what you’re eating should do the trick.

This supplement could help with insomnia or other sleeping disorders. If you find it difficult to get to sleep and stay asleep, 5-HTP could be what you’re looking for, as serotonin initiates the rest you need.

Insomnia and other sleeping issues are often caused by bigger issues like depression or anxiety, so by using this chemical to address the bigger picture, you might find that the symptoms (including difficulties sleeping) are alleviated as a result.

The majority of those interested in 5-HTP are lucid dreamers, as it’s become particularly well known in the lucid dreaming community.

The way serotonin affects your sleep is by altering your sleep stages, you’ll find yourself in deep sleep for the first part of the night, so you get your proper rest in quick. Then in the second part of the night you’ll experience REM rebound, as your body no longer needs deep sleep, you’ll just have extended REM sleep.

Vivid dreams are a common effect of 5-HTP. Increased serotonin levels often cause dreams that are wackier than usual, so don’t be too shocked by your dream content after taking this supplement.

Bizarre dreams can also help you get lucid, particularly if you’ve been training your mind to tell the difference between dreams and reality. If you notice that your dream seems even weirder than usual, out of this world even, it’s more likely that you’ll recognise the situation as a dream.

You’ll be self aware, and lucid.

Thanks to longer REM sleep, dreams are recalled more easily. This could be because you’ve spent longer dreaming, there’s more for you to remember, or even that your dreams were so vivid that they stayed in your memory.

We all have dreams that stick out to us, and it’s more likely that you’d remember a dream about snail racing against Martians (or whatever other strange dreams you might have had) than one about everyday life. Vividness is memorability. And memorability is important if you want to achieve lucidity.

Your waking and dreaming memory need to be connected.

A way that it might more directly impact lucid dreams is through the calming effect it has. You’ll be more relaxed and this might carry on into your dreams. Rather than being caught up in the mayhem of the dream world, you might be more of a witness.

This combined with any increased bizarreness might probe you to realise that it’s a dream, particularly if you’ve been preparing your mind to do so already.

Dosage of 5HTP for lucid dreams

Usually the suggested dosage for 5-HTP is 300-500mg, but split up into 3 measures over the day. Sticking to this guideline will prevent any side effects that can come from taking too much, like nausea.

Your reason for taking it might affect how much you should take though, so if you’re unsure check what is says on your bottle and if you’re still unsure just double check with a medical professional.

Side effects of 5-HTP

5-HTP shouldn’t be taken alongside any other drugs that affect chemical balance, anti depressants for example. Taking both could mean that your serotonin levels go through the roof, and you’d be at risk of a chemical imbalance in your brain.

This could actually contradict the reasons you’re taking this supplement, for example if you’re taking it to counter the effects of depression, a chemical imbalance might mean that your depression actually becomes worse.

As with anything, taking too much can have negative effects.

Much like if you take too many painkillers, or if you don’t follow the dosage guidelines, too much 5-HTP can cause you to feel ill. Not just a bit sniffly, but similar to a flu. You’ll be struggling through stomach pains, nausea, vomiting and sweating.

Taking too much regularly can have even worse effects. It can cause your blood pressure to rocket and affect your heart rate, pretty serious stuff. So the bottom line is, stick to the suggested dosage.

Sometimes 5-HTP is suggested to overcome alcoholism, as drinking too much alcohol reduces your levels of serotonin, 5-HTP can boost these back up again.

Also when we think of drinking, our serotonin levels might increase, encouraging us to go out and drink. This is because (deny it all you like) a lot of us associate good times and the warm feeling that comes with them with alcohol, so our serotonin levels increase as the thought of going on a bender makes us happy.

For those that are a little more than casual drinkers, it can even be used to help you better cope with withdrawal symptoms. Increasing serotonin levels helps a lift the strain of a lot of the symptoms.

Particularly the effect serotonin has on mood and sleep, as withdrawal often causes sufferers to be unable to sleep and obviously moods might become quite extreme, and not in a good way.

Taking it alongside alcohol though is a bad idea. If you absolutely have to have both on the same day, you should wait six hours after taking 5-HTP to have any alcoholic drinks, but ideally keep the two completely separate. The reaction between the two can be unpredictable, and you’ll almost definitely feel nauseas.

Also if you happen to be taking 5-HTP to help with insomnia or other sleep disorders, drinking alcohol at the same time probably isn’t going to do you any favours. If anything its more likely to make your sleeping pattern worse than it already was.

There are many lucid dreaming pills or supplements you could try, but this one is by far one of the best. 5HTP is in my top list of supplements, for good reason.

It’s not THE best, but it’s pretty good.

If you want to check it out, make sure you do your own research first, before trying it. Also be aware of what you’re already taking to avoid nasty interactions.

I made a video about something else; a nootropic called Mind Lab Pro actually, which is a pretty good place to start:

Does 5HTP cause bad dreams

It can sometimes, but not usually. It does cause more VIVID dreams which most people mistake for being bad dreams. Usually, you’re just not used to having vivid dreams, so they can appear to be scarier versions of dreams you’re already having.

But that shouldn’t put you off.

It’s a beautiful supplement with the potential to really help you have more vivid dreams and experiences. It might have SOME side effects, but that’s not the end of the world. Almost everything has SOME form of side effect, even if it’s mild.

As long as you take the correct dosage and don’t mix it with lots of random other things, you should be fine. But again, do your own research. And if you ARE having bad dreams or even nightmares?

You can actually turn those nightmares into lucid dreams pretty easily.

The problem with lucid dream pills

There is a big problem with lucid dreaming pills, that seems to be troubling the community.

People are just looking for a simple, instant fix. They don’t want to learn the lucid techniques or put in the effort to learn how it works. They just want instant results, and they’ll never find them.

Sure, you can find pills and supplements that CLAIM to give you instant lucid dreams, but they don’t work reliably. You really need to learn the main techniques first, and then use the pills to boost your luck.

If you’re just getting started, please don’t rely on a pill to lucid dream. There is NO lucid dream pill that’s just going to magically work, you need to practice the skills and put in the work. That’s just the truth.

So 5-HTP can be used for loads of different things: it can help you sleep, help you lose weight, help you cope with depression and even overcome the need for alcohol.

It doesn’t only have health advantages though, it can entertain you by improving your dreams too, and maybe even helping you become lucid!

It’s a natural chemical so there’s no need to fret over what you might be putting in your body. The only worry comes from how you take it. As long as you stick to the guidelines, take the correct dosage and not take it alongside any drugs (including alcohol!) then there are no negative side effects at all.

You should experience better lucid dreams when using 5-HTP, so get a hold of some now! (That’s the best place I know of right now where you can get 5HTP online).