Hunting the living dead, repopulating the Earth after a zombie apocalypse – sounds like a pretty good game right? Or a rather hellish dream? The two are more similar than you might think. Both show us alternate realities where the impossible can happen, and where it’s down to us to make it happen.

The alternate reality of our dreams is constructed by our minds, and though the virtual reality presented in video games is simulated by technology, it’s us that controls our experience of playing it, just as we control our dreams (whether knowingly or not). 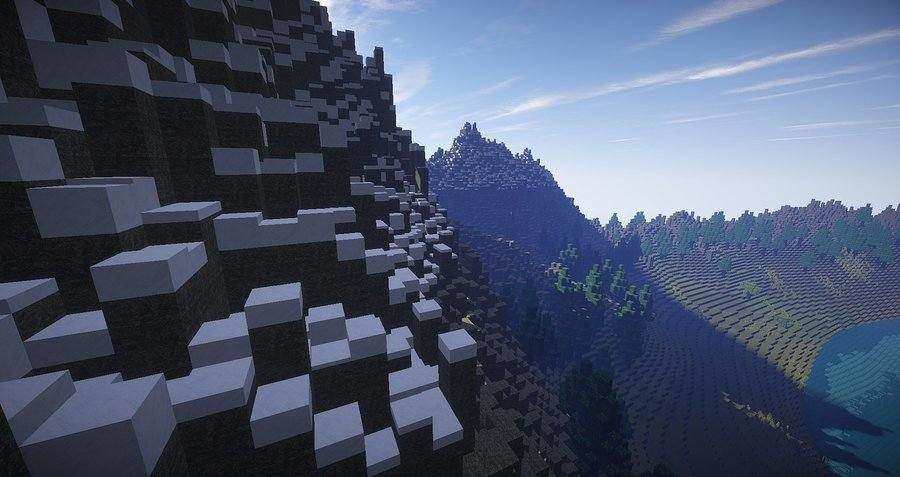 Can video games cause nightmares?

No one likes nightmares and the restless nights that come with them, and with video games becoming more graphic every year, you might think that hours of Resident Evil would send you to bed with terrifying dreams of zombies. This isn’t necessarily the case. Not always at least.

I mean yes, you may dream of being chased by monsters and the likes, but if you’re a regular gamer the chances are you wont be terrified. If you’re used to seeing such alarming scenes, the threat of the image wont cause you to panic as much. Think about it, if you’re dreaming scenes from a game you enjoy playing, you’ll probably enjoy the experience of carrying on the game in your sleep.

As long as the game doesn’t scare you too much and you enjoy playing it, it shouldn’t cause nightmares. Video games CAN however make your dreams slightly more vivid. This is GREAT for lucid dreaming!

It’s not real and you know it’s not

When you play video games, you feel safe right? Because you know that whatever happens, you’re fine, its not real.

What’s the worst that can happen?

You die? No matter, you’ve got a ‘new life’ to continue playing with, or failing that you can always just start a new game and pick up where you left off. You know there’s no need to be scared. This is an important reason why video games and lucid dreaming go so well together. So when a video gamer dreams, the alternate reality of their dream world may mirror (or at least feel similar to) that of the virtual reality of video games. 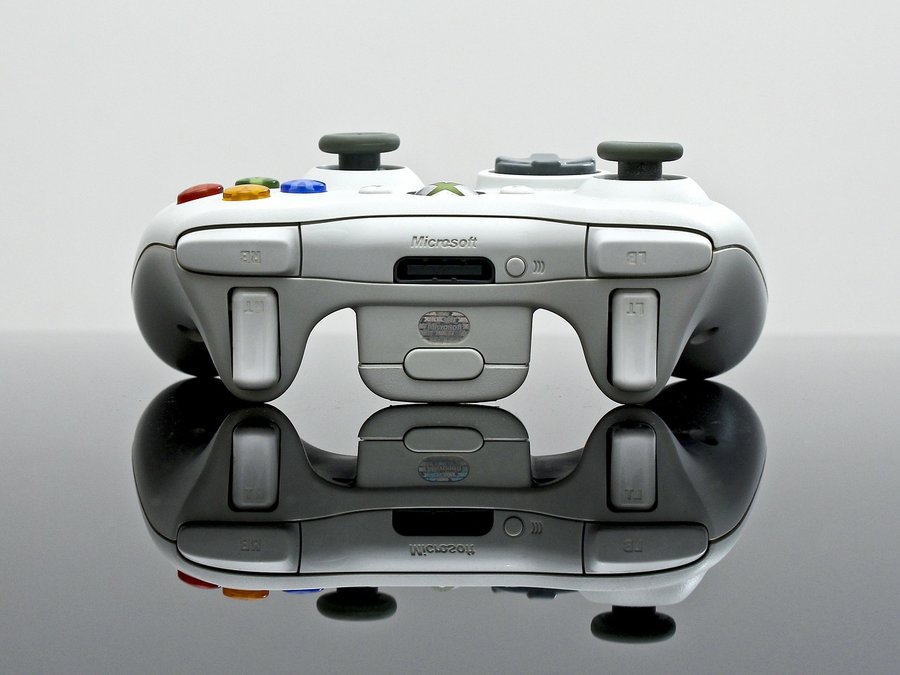 That fearlessness you feel whilst playing may carry over into your dreams, and feeling somewhat invincible, it’s unlikely you’ll wake with panic, and more likely that you’ll ‘play’ the dream out. Some people, particularly those who play more aggressive games, even take this a step further, and rather than simply being unafraid of the threat, they become the threat.

How can video games help you get lucid?

So video games are similar to dreams, and can help you battle nightmares, but do they help with lucid dreams? In short, yes they can. Video games are like practice for lucid dreaming, practice controlling your own world.

Video games have been proven to enhance spatial awareness, focus and concentration. There’s no reason why these skills can’t be just as effective (if not more so) in the dream world as in reality. If we can master manipulation of objects whilst awake, think of what we could do in the limitless land of sleep.

If you don’t trust my word, trust that of Jayne Gackenbach, a dream researcher and Doctor of psychology, who found that gamers are likely to report effortless lucid dreams. Playing video games means you’re already used to experiencing and controlling an alternate reality, and also knowing you’re in one.

In games we control characters, so we’re used to controlling the virtual reality we play with. This is so similar to controlling actions in a dream, only minus the controller, all you need is that video gaming mindset. If your dream is similar to your game, your mind will already know how to play, and without any effort or lucid techniques you might find yourself in a lucid dream, much to the annoyance of those who’ve practiced for months!

What’s more, gamers are more likely to have more obscure dream characters, and position themselves as weird and wonderful creatures like the imaginary ones so often featured in different games. It’s hard to imagine you’d have any dull dreams looking through the eyes of a Skyrim orc.

There are limitations, but no downside!

You can use video games to sort of ‘induce’ a lucid dream. This is sometimes referred to as the GILD or ‘game induced lucid dream’. It involves playing video games (usually the first person ones where it feels like you’re IN the game personally).

The way this works is that by playing video games and being AWARE of the fact that it’s a game and you’re in control, you’re likely to have a lucid dream. At least, you’re more likely than if you DIDN’T play the video game. This is good news for all you gamers out there.

There’s not a SET technique for this but the ‘GILD method’ involves just playing video games that have a high level of ‘first person controlled action’. These types of games make it more likely that you’ll lucid dream as it’s like you’re exploring the game world and you KNOW you can control the game character. This is very much like the tetris effect, but slightly different.

Obviously though, video games alone might not result in the best of lucid dreams, there might still be some limitations. Whilst gamers might find it easy to control their own actions in the dream, either from a first or third person perspective, manipulating other areas of your dream might prove a bit more tricky without practice.

In most video games, you focus only on controlling the actions of one character, your own. It’s likely that this might also be the case in your dreams, controlling aspects other than your character might take a bit more work.

Also, if you’re going to get technical, the definition of a lucid dream is any dream in which you are aware that you are dreaming, and gamer lucid dreamers may not be. You may just recognise the dream as an alternate reality that you have control of, but not necessarily realise that it’s a dream as opposed to a game.

Either way, if you have some element of control in your dreams I would still class it as lucid, and definitely a step in the right direction. Whether you’re happy with this level of lucidity or want to push it even further, it seems video games definitely give you the upper hand!

What are the best video games for lucid dreams?

Here’s the best part: any video game you can imagine will probably send you on your way to a lucid dream, because in all video games you’re controlling something and its the control that you want to spread to your dreams.

That being said, here’s a list of games that are particularly good for inducing lucid adventures:

Skyrim: A free roam adventure game set in a fantasy world. You can choose where to go, what to do and what quests to go on. The beautiful graphics make it really fun to play and there are literally hundreds if not thousands of different paths you could take.

Minecraft: A simple yet addictive game where you can build structures, mine for resources and build your empire. It helps with lucid dreaming when you’re trying to build a city in your mind or change the physical objects in a lucid dream.

No mans sky: Very similar to Skyrim and sort of combined with Minecraft as well. Free roam adventure game where you ALSO mine for resources and build your empire and game characters life.

If you’re aspiring to overcome your fears in lucid dreams though, playing a game that links to your fear would be more beneficial.

For example if you’re scared of spiders, get playing Lord of the Rings and enter Shelob’s (a giant spider) lair. Keep playing and keep winning, and if he happens to enter your dream, take him on, you’ll know you can do it because you did it before.

After that any spider that reality has to offer wont even phase you. It’s the same for any other fears you might have, play with them in the virtual world, defeat them, confront them in your dreams and maybe that feeling of invincibility will follow you out of your dreams and into everyday life.

So video games are good for us?

Not exactly, there are still issues with excessive playing of video games, so don’t go overboard. If you’re going to play into the late hours of the night, I wouldn’t expect a decent nights sleep, the light exposure will likely disrupt your sleep.

With your mind being stimulated by the games content you might also struggle actually falling asleep, but then your active mind is also a bonus if you want to achieve a lucid dream…swings and roundabouts.

There’s also evidence that video games can make you more violent, so again, don’t overdo it, and remember the video gaming world is separate from reality, your ninja moves belong in mortal combat and there alone!

As long as you don’t lock yourself away like a social recluse to play them, video games can actually have some benefits. They can improve your concentration, spatial awareness and even your dreams! So by all means, get playing, maybe even get lucid! But remember to get out every once in a while!