Why TheOdd1sOut Was WRONG About Reality Shifting (EXPOSED)

Why TheOdd1sOut Was WRONG About Reality Shifting (EXPOSED)

So you might have seen the ‘odd ones out’s video about reality shifting and in this video, I want to explain a few things that he got wrong in his video. For those of you who don’t already know, TheOdd1sOut is a popular youTuber.

How TheOdd1sOut Was Wrong About Reality Shifting

I’d like to share about 3 ways TheOdd1sOut was wrong about reality shifting, in his latest video. This is in no way intended to be an ‘attack’, rather it’s simply my response, my opinion about the video.

1: Being ‘Difficult’ Doesn’t Make Something ‘Impossible’

One of the first things that I think was wrong in the video, is that it makes it sound like just because something is difficult, or it sounds like it would not be possible, that that somehow means that it’s not possible. 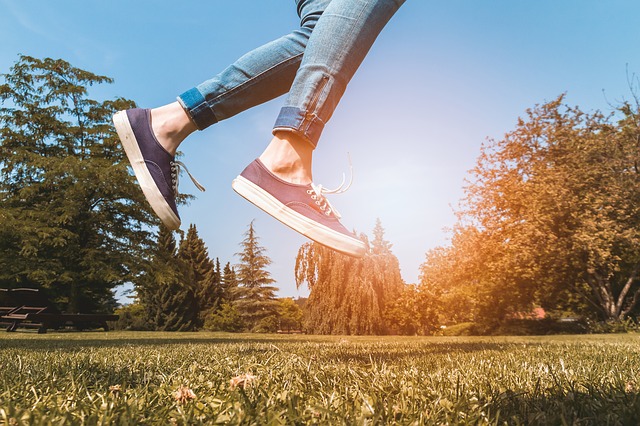 They would have sounded just as crazy and far-fetched as reality shifting does, if you went back in time and tried to explain electricity to somebody…

Or if you tried to explain electromagnetic radiation, or you know, high-speed internet. These things would have sounded absolutely insane, but that doesn’t mean that they’re not possible, and obviously they are possible now as we well know.

2: What People Are DOING With It Doesn’t Mean It’s Impossible

The second one is, and this is probably what I want to focus on, is that there’s a lot of focus in the reality shifting community, on things like fiction and fantasy being able to shift into places like hogwarts or your favorite movie, fan fiction, anime etc…

And you know what?

That seems to be the thing, the aspect of shifting, that has become really popular and trending! Especially on tik tok and amino and things like that, and what I feel was missing in the odd one out’s video about shifting, is this the focus on the fantasy and the fiction aspect of things.

Because the trend seems to be that shifting is a way to get into a fiction movie a way to go to hogwarts that makes it sound a little bit less believable, and that’s what has been focused on in this video..

So I want to kind of debunk that we all already shift every day you know just by focusing on something either consciously or unconsciously, by focusing on SOMETHING, we create that reality.

And there’s so many different explanations for how this works, you know you have the multiverse theory, you have the butterfly effect, there’s all kinds of different terminology that is used to describe how this happens…

But really, we’re all describing the same thing:

Our ability to create our own reality based on what we intend, desire, or focus on, is a fundamental truth of the universe.

We all do this, and everything in your life up until this point has been a result of your intention, or you know you have shifted to THIS reality, right now through constant attention and intention..

You didn’t realize it. So really, this is nothing new this is just a kind of trending description of something that we’ve already been doing, and this is why I think it’s kind of a bad idea for the odd ones out to focus on the fiction aspect of it.

Because yes, people are changing their reality to experience their favorite fantasy, but that doesn’t mean that the concept of being able to create your own reality is less valid.

The third point I really want to debunk about this video is that he makes this really crazy reference to conspiracy theories, and he says something like ‘reality shifting is a bit like a conspiracy theory where it’s just not based on fact’.

This is a fundamental misunderstanding of what the term ‘conspiracy theory’ means. The term conspiracy theory was invented by a government agency, to throw people off the trail from uncovering something they were doing in the past.

It’s absolutely nothing to do with fact or fiction, and many conspiracy theories have a lot of facts and proof and evidence, and whistleblowers behind them.

To suggest that shifting is like a conspiracy theory is actually proving the opposite point that he was trying to make! It’s actually saying there’s a lot of interesting alternative viewpoints behind this, and it’s probably worth looking into because in a vast majority of cases, people who label something as a conspiracy theory have NOT done any research…

Other than just accepting what the mainstream media are telling them to believe, so in many cases when somebody says ‘oh that’s like a conspiracy theory’, that’s probably a hint that you should look into it a bit more, and do your own research.

He also mentions the idea of cloning your subconscious, and this is where things get very subjective and complicated, because we don’t really understand fully how the multiverse theory works, and HOW our choices and decisions impact these different variations of timelines…

At least, not yet.

Future timelines, future dimensions, and things that could happen.

Summary Of TheOdd1sOuts Video On Shifting

So to summarize, I really think that the video on the odd ones outs channel, it’s kind of missing the point a bit. It’s kind of focusing on the ‘wacky aspect’ of things instead of really thinking about; is this actually possible, and why are there so many people that have experienced this?

It’s the same sort of problem with things like astral projection.

There are people trying to ‘debunk’ astral projection, and say it’s not real. There’s even people that don’t think lucid dreaming is real, even though that’s now scientifically proven.

Again, I want to say a really important thing:

Just because something is not ‘scientifically proven’, that doesn’t make it any less valid! There’s so many examples of this, and really what we’re finding today especially, by the way, if you look at things like the gateway experience report, the page 25 of this amazing report has just been released by the cia…

Well… specifically by the monroe institute..

And you know what?

This is pretty mind-blowing stuff! This is confirming that we create our own reality, and our thoughts and intentions, our perceptions, even DICTATE the reality we experience.

So what I’m trying to say is: science is trying to play kind of catch up with things like ancient knowledge, that has been known for a long time, and reality shifting is just another way of explaining the same thing.