The Incredible Future Of Lucid Dreaming! (You Can Make This Happen)

The Incredible Future Of Lucid Dreaming! (You Can Make This Happen)

I’m going to paint you a picture.

A picture of a different world, one which is actually possible, and one which uses the skill of Lucid Dreaming to create positive change in the world.

Imagine if you will, the world in 20 years time. What would it look like? What would we be doing?

Well, I truly believe Lucid Dreaming has the power to completely change the world and shape the way we as humans actually go about our lives, interact and behave with each other.

Lucid dreaming is the proven scientific ability to control your dreams, allowing you to feel like you’ve ‘woken up’ within your mind. This in turn allows you to make decisions as if it were waking life, within the dream so you can control laws of gravity, decide where to go what to do and who to meet. It allows you to do almost anything and the benefits and uses for it in the real world are enormous.

Here’s the answers to a few basic questions some may have..

Alright, let’s get back to the main event. What is the future of Lucid Dreaming? What could it be used for and what will the world look like in this future? Before we do that we have to decide or speculate on how many people will use it, and what is actually possible and realistic to expect for it. Imagine the world in 20 years time.

Let’s assume a few things first of all;

So the world is the way it is now, but with a few slight changes.  Let’s assume that for instance, Lucid Dreaming has become mainstream and people all around the world have not only used it for 20 years, but have accepted it to the point of it being a household term; as common and recommended as drinking water or brushing your teeth. Imagine if, for example,this post goes viral and by some feat it gets in front of EVERYONE in the world with a computer, phone, or internet connection.

Far fetched, as this is a small site at the moment (make it bigger!), and people have lots of other things to read, but just for the sake of argument, let’s assume this happens or that some other site sells everyone in the world on the benefits of learning to Lucid Dream; what would that mean for the world in 20 years time?

So to start with let’s summarize what ‘could’ happen right now, in 2014. We’re going to assume that this all happens, as it will form the basis of what the world looks like in 20 years. Here is the list of things that happen right now..(humor me for a moment)

So now we have a world full of people who know how to control their dreams, and who know how to overcome their nightmares. As this is such a big topic, we’re going to break the future of Lucid Dreaming up into sections, and this first section is going to be about ‘nightmares’.

So with everyone being able to control their dreams, nightmares would be almost non existent.

They’d happen still for sure, but on a MUCH smaller scale than they do now, and this would mean MILLIONS of people would be getting better sleep that they do now. Can you even begin to imagine what the world would look like in 20 years if almost no one suffered from nightmares? All the people that would get better sleep, wake feeling more refreshed and go out into the world feeling awake and positive instead of tired and nervous as a result of being up at weird hours to deal with nightmares.

To get an idea of the scale of this and how much it would truly affect the world, try starting your day smiling and then go about your entire day without thinking anything negative. Smile, laugh and be positive all day. You’ll notice that not only do you feel fantastic, but the people around you will also be affected by it and your happiness; it’s contagious. They’ll then go on and be positive, and so on ..

Now imagine again, that almost everyone is like that. Almost everyone has no nightmares and therefore enjoy better sleep, and awaken every morning feeling more refreshed and alert. Since we’re on the topic of happiness and mental function, how about the mental health industry? Depression, anxiety? Let’s explore.

The medical profession? Mental health? Would they exist?

I’m not saying whether this would be a good thing or a bad thing, because it’s clear that if this happened, there would be more than a few lost jobs. These jobs that would be lost are those of the mental health professionals. People that make a living helping people through depression, anxiety and social anxiety alike. 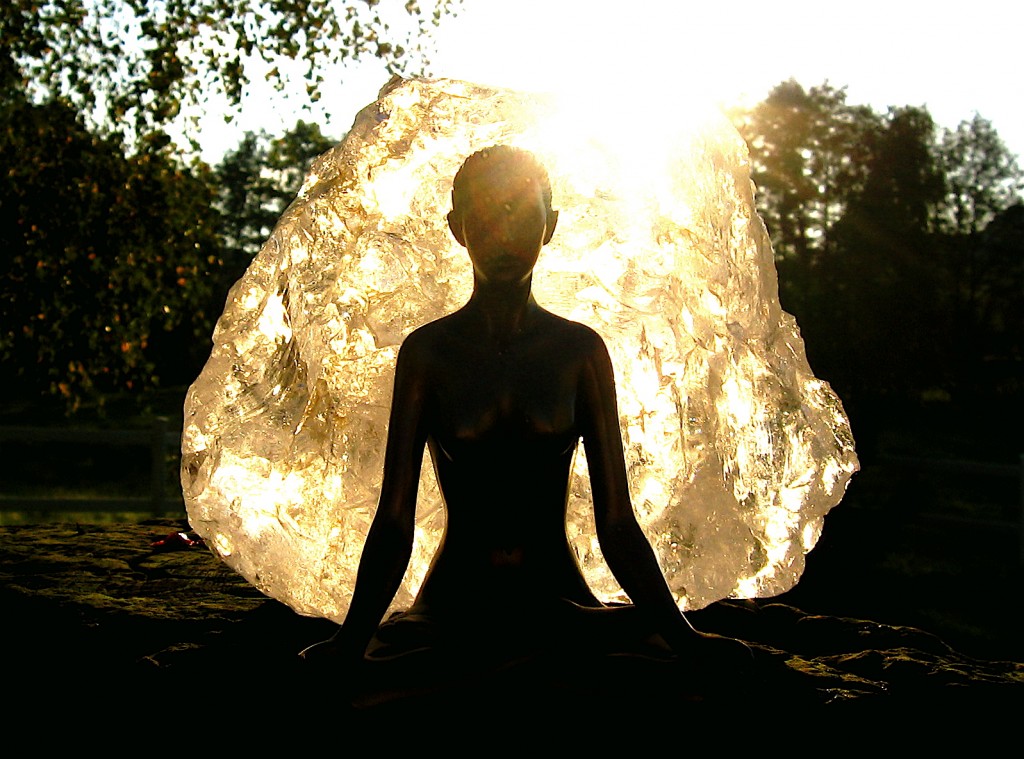 These problems will tend to decrease as people learn how to use lucid dreaming for emotional healing. People won’t need to pay to go to a shrink because they’ll be able to self heal themselves through lucid dreaming. this will mean there could be a few lost jobs, but these could be ‘shifted’ in such a way that the people who were getting business from depressed people can become involved in the scientific work of shared dreaming and other such things.

You see, by learning to control your dreams you’re able to create the things that make you happy. If you want to fly and have always had dreams of flying, you can do this every night. You’ll wake with the vivid memory of doing the things you love. This will translate into your waking life and you’ll be motivated and ready to achieve your dreams in reality too.

People who have experienced something traumatic in early life or even after they’ve become an adult may experience something called ‘post traumatic stress disorder’ which can cause insomnia, nightmares, lack of focus and severe anxiety. This can be treated in a dream. You can use a lucid dream to enter a situation safely and train your mind to deal with it through a series of advanced and focused dreams. (This could be a new job opportunity right here!) We wrote an article about emotional healing, go check it out!

So we’ve got a planet full of people who now experience far less anxiety, stress and depression. These people can now all have access to higher levels of inspiration. In a dream, your mind is unhindered. You’re not blocked and slowed down by social norms and limitations which normally restrict your creativity. Inspiration flows through and around you like a river, and you ave access to it.

Think of what people could achieve with this creativity and inspiration on tap every night. It WOULD change the world. Every one of these things we’re talking about here, if each happened independently of each other, it would still change the world for the better.

Unlocking the hidden parts of our mind

There is a hidden part of our mind which is rarely used, and although the ‘we only use 10% of our brain’ myth has been disproved now, it’s true that we certainly don’t know everything about our brains, and there are vast areas of our abilities which we habitually fail to use. Lucid Dreaming inspires and pushes people to unlock that potential and explore it.

Extra ordinary self awareness in everything we do

This is probably the most exciting aspect of the future of lucid dreaming. Think for a second what would happen if EVERYONE suddenly took a long hard look at themselves and asked themselves what they’re doing with their life. Everyone from the top CEO of a company to the homeless drug addict living on the street.

All of these people would be self aware, and more focused on their daily decisions and this would have huge implications. Lucid Dreaming teaches you to be self aware, to look around and question reality and as a result of this habit, you start looking at every aspect of your life with a sense of purpose and focused observation. You see what is happening, and you understand it. Really exciting stuff..

Think of a world full of people with the ability to create anything they can imagine in their mind. These people would inject this unique inspiration and creative energy into everything they do, and the world would be full of beautiful, soulful and poetic expressions of art, music and more. (It’s already this way, but would be even more so with everyone being able to Lucid Dream).

Just like in Inception.. Walking into another persons dream and experiencing the new world together. Is it possible at the moment? No of course not otherwise we’d all be doing it already and it certainly would have made the news, but I think in the future it will happen if enough research and money gets spent on it. The implications are enormous as you may expect:

Of course it is. It’s inevitable if society accepts the notion and it takes off, but society is not shaped by the words of a blogger like myself, it’s shaped by larger forces such as the media.. OR IS IT?

You see the truth is that the media only have as much power as we let them have. If no one watched TV, it wouldn’t exist. The TV channels, adverts you see on them and their messages simply wouldn’t be broadcast, and no one would see them. WE give them power by focusing our attention, investing our money and time, and actively trying to view what’s shown on the media channels.

If enough people shared this article and others like it, and if enough people WANTED to create this change in the world, it would surely happen. There’s no way it cold not happen but will it? That’s now down to you. I know you’re always asked by blogs you read to share the article and you normally think ‘that was an interesting read’ and then close the tab and think nothing more of it, but if this in any way moved you..

If this in any way made you think about our future and what you want it to be like, please share this article. You’ll be helping to shape the world of lucid dreaming in the future. Thank you for your time.

How to help this happen

To make sure that this future DOES happen and everyone gets involved with lucid dreaming, it’s very important to spread the word! Here are some ways you can help: