Sleep Walking and Sleep Talking Explained: Why We Do It

Sleep Walking and Sleep Talking Explained: Why We Do It

Sleep walking basically refers to any activities carried out whilst still asleep. This can be anything from sitting up, to leaving the bed and walking around, sometimes even doing other things like opening cupboards or eating, or even urinating! Basic activities but ones that you wouldn’t expect to carry out after you’d gone to bed.

You might appear like you’re awake to others, because you’re up and moving and more often than not your eyes will be open. Although it might seem like you’re looking, you’re not actually seeing. You might look at them, but not see  them, not recognise them. Just as you might move around without bumping into anything, and pick things up without dropping them, you’re still not awake, it’s just that these things are familiar to you, you can literally do them in your sleep. 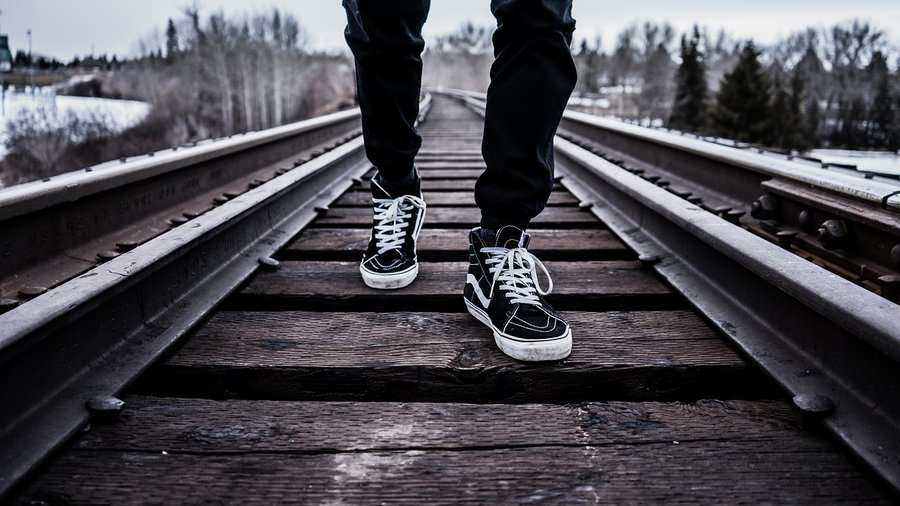 Similarly, sleep talking has different levels of severity. You might mutter some incomprehensible nonsense, or you might have a full blown conversation with someone, but either way, you wont be aware of it. Sleep talking can happen alongside sleep walking, so you can imagine how strange it must be to come across a walking and talking person, who’s actually asleep.

When do we do it?

Sleep walking usually happens in deep sleep, but before REM, so before your brain becomes most active, but whilst some parts of your mind are still whirring away. So actually, sleep walking occurs before the stage of sleep where you dream, it’s a misconception that sleep walking is you enacting the actions of your dreams. It tends to happen in the early hours of your night’s sleep, within the first few hours that you’ve fallen asleep.

Who’s more likely to do it?

Up to 15% of the population are said to have reported occasions of sleepwalking, and generally it can happen at any age.

Children though, are more susceptible to the experience, it being thought that around 20% of children sleep walk at least once. Children particularly are more likely to have episodes of sleep walking where they urinate in strange places, as they’re still learning the ropes of controlling their bladders and knowing to get up if they need a wee. Probably after several wetting the bed instances, it becomes ingrained in their minds to go to the toilet in the night if they need to. So still asleep, they arise and urinate elsewhere, just not necessarily in the toilet!

Usually though, if you sleep walk as a child, you’ll grow out of it by the time you hit puberty, so you won’t spend the rest of your life weeing in cupboards in your sleep.

Why do we sleep walk and talk?

There’s no definitive answer for why we sleep walk, the cause differs from person to person. It could even be genetic, believe it or not. It seems that those who have family members who experience frequent sleep walking or night terrors, are also more likely to find themselves in the same situation. There are a few sleep disorders that are genetic, and sleep walking and talking can both be symptoms of such disorders, including those that aren’t genetic.

More likely though is if you’re particularly stressed or anxious. This might play on your mind even when you’re asleep, and perhaps explains why people carry out such mundane activities in their sleep, like walking the dog or making the dinner, or in extreme cases maybe even trying to drive to work. All things that form part of the daily routine that you might be stressing over, perhaps your mind is just trying to get a head start on the day ahead.

As a result of drugs or drink?

You might also find yourself sleep walking or talking as a result of drugs or excessive alcohol. There’s only really one thing to say if this is your case: stop taking drugs. Of course however, there are some types of medication such as sedatives that can also cause it, but ensuring you have a good 8 hours to rest should mean that it isn’t as big of an issue.

How to stop sleep walking and talking

Seeing as most people’s phases of sleep walking usually cease fairly soon after starting, medication isn’t usually a way of stopping it. It’s easier and simpler to naturally get over it. Making sure your bedtime routine (the time you go to bed, and the hours you sleep) is consistent. Sleep deprivation can also cause it, once your routine is sorted you should find yourself staying safe in bed each night again.

Going to the toilet and not drinking before bed can also help, especially with children, as their sleeping minds shouldn’t feel the need to get up for any toilet breaks. Caffeine also keeps your mind awake, so try to avoid drinking that before bed.

If you find someone else sleepwalking, or if someone finds you, it’s best to lead them back to bed where they should settle down and return to an undisturbed sleep. It’s also not actually dangerous (though it might prove to be difficult) to wake someone if you do it gently, and doing so might stop them from sleep walking again that night. Obviously if they’re in danger, waking them might even be the best option.

So is sleepwalking dangerous?

Usually sleep walking isn’t dangerous at all, and sleep talking definitely isn’t (unless you say something particularly offensive). In fact, it rarely lasts over 10 minutes before you return to bed. If you’re in a familiar environment the chances are you’ll simply walk around, and the whole experience will be harmless.

The idea that waking people whilst sleep walking is dangerous is more of a myth, so there’s nothing to worry about there.

Obviously though, if your sleep walking is more extreme and you try to tackle more complex activities like driving, then that’s not going to go very well, but this happens only the rarest cases. This would be when it would be best to have a chat with a doctor about your sleep walking, particularly if you live alone and there’s no one to stop you. In such cases doctors can prescribe medication or offer therapy.

If you know that yourself or someone you’re close to is prone to sleepwalking though, you can make extra sure they stay safe by removing any items that might cause them harm should they stumble across them, and also lock the doors, should they try and take themselves out into the world, where they wouldn’t be alert enough to protect themselves.

Overall though, sleep walking and talking are usually harmless, and aren’t really anything to worry about. It’s incredibly common in children and even when adults are affected by it, it’s usually easily put to bed with simple lifestyle changes.