The Sleep Paralysis Demon Explained: Nothing To Worry About

The Sleep Paralysis Demon Explained: Nothing To Worry About

We’re going to talk about everything you need to know about the sleep paralysis demon. At the end, there will be a beautiful infographic showing some more about it!

What is sleep paralysis?

Sleep paralysis happens when your body is asleep but you mind is awake. It sounds scary, having your muscles paralysed but its actually just a natural part of sleep, otherwise people would be walking around acting out their dreams – it wouldn’t be the most peaceful of nights. 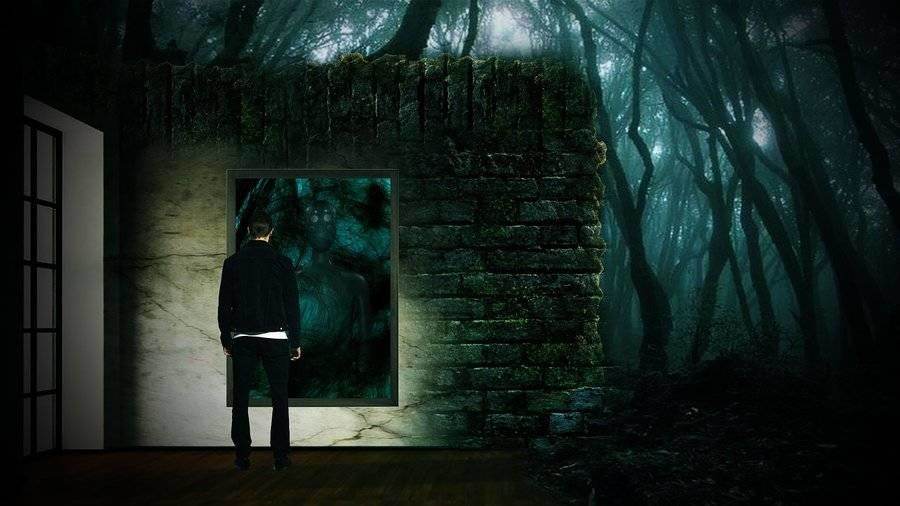 It’s not dangerous at all, but it’s easy to forget that in the moment, you can feel trapped, and with the natural reaction being fear, many start to panic, especially if the sleep paralysis ‘demon’ becomes a part of their experience.

What is the sleep paralysis demon?

It can be a terrifying vision. People have reported all sorts, the internet is awash with horror stories of these hallucinations and there have been scary films made about the experience. Many have seen dark figures like shadow men, or a man in a hat, or feel like someone is sitting on their chest (More on this later).

It’s an apparition of an intruder, a presence that lurks over you and watches you. It sounds like a terrifying nightmare, right? That’s basically all it is, only your mind is awake, so it’s a hell of a lot more scary. There are lots of stories about scary dreams with this dark figure. There have been references to the demon as a ‘supernatural vision’ but really there’s a simple explanation behind it.

Why do so many people experience the demon?

When you’re in the dream state, a part of your brain called the amygdala is already heightened, and this being responsible for your emotions means that you feel particularly threatened when paralysed by sleep. You experience hyper-vigilance, so your senses and the situation are intensified, and being in an anxious state, threats are detected that are only in your mind.

For example, many experience a vision or a feeling during sleep paralysis that makes them feel as though their chest is being crushed, or sat on by the demon. This is explained by the feeling of being trapped, being unable to move your body, your mind projects a hallucination that works from and copies that feeling.

Is the sleep demon dangerous?

The idea of an intruder, or a supernatural threat when you’re completely helpless is one of the most terrifying thoughts, but that’s all it is, a thought. Whatever presence you see or feel is simply a manifestation of the fears that already exist in our minds.

We all fear different things, your brain is simply recreating an image of whatever has previously given you a fright or a worry. Take the name that it’s adopted for example, ‘the demon’. It’s a label that whether we like it or not is of a predominantly Christian origin, specific to our culture, ’demon’ referring to an evil and sacrilegious being. Other countries and cultures will have different names for it.

Sometimes though, unrelated people all across the world experience visions that are uncannily similar, and though people look for paranormal explanations, it’s nothing more than shared fears that cause completely unrelated people to see the same intruder in their hallucinations.

Dark figures appear in just about every horror movie or story. As for the slightly more specific vision, the man in a hat, where have we seen that before? There’s been at least ten films made featuring the character of Freddy Kreuger, the majority of you are bound to have heard of him, and how does he find his victims? In their dreams.

It’s no wonder that so many minds see such a figure haunting their hallucinations – the character is already planted in our minds. We see only what we’ve already seen, the intruders that we see are ones we’ve already feared before, and those that we cant quite make out show how our mind is fearing the unknown – particularly relevant if you’ve never experienced sleep paralysis before.

People have reported the demon to be sometimes known as ‘the old hag’. This is because sometimes it appears as an elderly woman with mishapen facial features and dirty, wirey hair. This one is probably one of the most scary forms, but remember none of them are actually real!

The shadow man, sometimes resembling ‘slenderman’. This is another name for the demon which people tend to refer to it as, especially when they’ve been scared by the figure during the early hours of the morning when shadows are cast at strange angles.

The man with the hat

I’m not entirely sure why, but lots of people report seeing a ‘man with a hat’ or a tall dark figure with a large object on his head. This is just another name for the same thing. These are all names for the same experience and are nothing to worry about. This is more likely to be seen if you’ve been a gamer for a lot of your life and have seen many horror films.

What does the demon want?

It’s important to realise that although this experience can be scary, it’s nothing worry about. It’s merely the scary part of lucid dreaming and it can actually help you in the long run because you can use it to make yourself realise you’re dreaming more easily.

What does it do? Well, in the real world, nothing at all. It doesn’t DO anything physical because it’s not real. It’s in your mind but it can FEEL like it’s doing things. People report it doing all sorts of things, and reading this article, it can sound REALLY scary but please don’t worry. It’s better to know about these things and prepare.

Some people report the demon making strange and scary growling noises. These can sound like an animal in some cases. Usually these growling noises will sound like a wolf, dog or a bear. Again, these noises might sound scary but they’re not real. They’re in your mind.

Very much like normal sleep paralysis, the demon can feel like it’s sort of pressing down on your chest or choking you. rest assured, it’s not but it can feel like there’s sort of like a medium to heavy weight on your throat or chest. It will never stop you breathing and it can never ACTUALLY choke you but you should be aware of it.

Can it attack you?

It can’t actually physically attack you. Some people report feeling like there’s a ‘claw’ scraping along their body or something like this, but it’s not really there. It’s just part of your sleep paralysis.

The sleep paralysis demon isn’t ‘fake’ in the sense that it doesn’t exist, because the EXPERIENCE is very real. The experience is real, but the ACTUAL thing that it’s supposed to be isn’t real. Hopefully this makes sense and I know it can sound a bit confusing.

The TRUTH about the sleep paralysis demon revealed

If you experience sleep paralysis often, the chances are you’ll become used to such visions and learn not to be afraid of them. Once you’re not afraid you’ll probably have more positive hallucinations. But for those of you who aren’t used to it, you can overcome these terrifying hallucinations by keeping calm and maintaining a positive mindset.

It sounds hard, I know, trying to relax when you feel helplessly threatened, but panicking is part of the reason your visions are so scary. Don’t be afraid, remember it’s all in your mind, it can’t hurt you! The more positive you remain, the better your experience of sleep paralysis will be.

If you’re going to try and move (and this will probably be your first reaction) just try really tiny movements, like a wiggle of a toe or finger, or facial movement, just to let your brain know you’re awake. Don’t be scared, and KEEP DREAMING!

Infographic about the sleep paralysis demon

I’ve created an easy to understand infographic about the shadow man that might be easier to understand and look at! Check it out here. If you share this on your website please link back to howtolucid.com as the source.

To link to this page or infographic, simply copy and paste the following into the HTML of your site as the link and make sure the image (infographic) you upload contains one of these links: