So as you probably know, reality, shifting is just exploding online. It’s taking off, it’s all over TikTok, all over YouTube and it’s all over amino. Why? Because we’re REALISING that we’re in control of our reality.

This is a powerful statement, and I’m sure you feel this too.

Reality shifting is a fairly ‘trending’ topic lately, and if you’re not sure what it means or if you want to try it, you should read more about shifting before reading THIS post. This post will share a powerful reality shifting ‘hack’ that you can use to make it more likely.

This is really powerful if you haven’t used this, you’re going to be in for a treat.

Okay. So what’s actually happening?  In reality or what we would call reality, today, the world is actually getting safer.

Fear is going down.

People are realizing they can control their emotions, their state, their frequency, their reality, and therefore the collective reality, as in what we consider to be real.

Now, the world, like I said, it’s getting safer, more positive, more, loving, peaceful, but this is NOT the image you would get, if you watch the TV or the news.

There’s been many studies on this and, several different explanations as to why they do this. But we’re hardwired to pay attention to fear, danger, and negative stuff, just for our survival.

This goes back to our ‘reptilian brain’.

And then, you’re going to pay attention to that.

What does that mean for them?

It means more advertising dollars, more money, as well as various other agendas, which I won’t, and can’t go into right now.

The World Is Getting Safer (We’re ALL Shifting)

That being said, the facts are, that the world is actually getting SAFER, you know, crime all over the world is going down.

People are becoming more positive, happy, and loving, and more than ever, people are realizing they CAN control and create their own reality.

So the reality shifting hack is, that you need to focus intently on your ‘emotional energy’.

So think of your emotional energy as like the fuel, that’s going to let you project let you lucid dream, let you shift and let you create your own reality in this ‘physical realm’.

I guess you could say all of these different places, you can’t really say one is more real than the other because they all work in the same way. They all use things that relate back to the quantum wavefield idea.

If you’ve never heard of this, it’s going to blow your mind a little bit.

It’s changing how science looks at the world today.

It’s a popular and fairly new theory, in which particles, however, small or big will act as a WAVE when you’re not paying ‘attention’ to them. When you’re not ‘looking at them’.

Meaning there are infinite possibilities, all interconnecting and interfering with each other.

And they only really ‘unfold’ (I’ve spoken about this in other videos, the other, the idea of, the ‘enfolded’ and the ‘unfolded’ realities), they only UNFOLD when we focus enough energy on them.

Because it proves and demonstrates that WE personally have an effect on particles, things we thought were ‘separate’ from ourselves and solid, with our THOUGHTS. 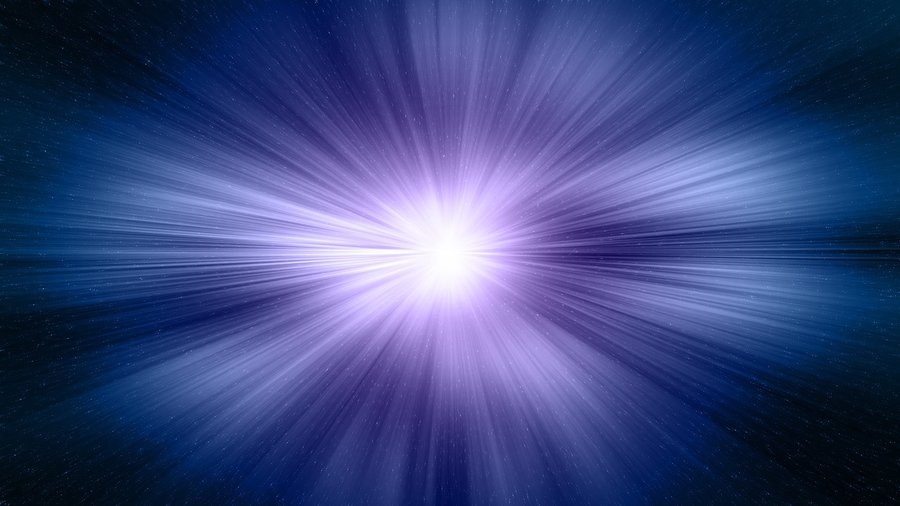 And it’s not just a few particles, it’s all of them.

They’re all inter-connected, linked, and influencing each other, all the time.

So with reality shifting, what you’re really doing is you’re using your emotional energy, which is really powerful, to unfold, a specific reality, that you want to experience.

So you need to channel, and I’m specifically talking about your heart-based loving energy or the desire that you feel really strongly when you focus on something you want to happen.

You know, that experience that you get sometimes?

Try it now with me.

If you try right now, to just think of something you really, really want to happen.

And then now imagine the emotions you WILL feel when you have that experience.

Imagine where they, the emotions, will ‘happen’.

How will they feel?

That’s the type of energy that you need to be able to create and then hold it there.

If you’ve not already done this, if you’ve never tried this try and meditate for five to 10 minutes, and during that meditation just clear your mind, don’t think about anything. If you have any thoughts, which you probably will, just kind of get yourself back on track, focus on your breathing and just clear your mind after the 10 minutes.

So after you’ve done the meditation immediately after, you’re just going to lay back, relax all of your muscles and just focus really intently on the emotion of love and imagine your heart kind of center.

And you can use the word chakra if you’re comfortable with that, if not, just imagine the center of your body expanding outwards, and imagine this entity is just bursting forward into the universe.

And imagine it being such an immense feeling that you can’t, you just can’t move.

You’re just literally pinned to the bed and you can’t move.

This energy is just emanating out of your heart.

And at the same time it’s doing that for a whole, you know, the feelings I spoke about earlier, the emotions associated with what you want to experience.

So you could say your desired reality and just hold it there. Just literally just hold it. There. Don’t move. Don’t do anything. Just hold that energy there.

And like I said, with wave form reality with the way that the universe works holographically, and if you want to learn more about this, please go and buy the book (the holographic universe, it’s a really good book. I highly recommend it), but that’s all you need to do.

You need to hold your emotions and the loving energy in your heart chakra or center focus on your desired reality.

And this, again, this is AFTER you’ve meditated.

So after five or 10 minutes of meditation, hold the energy there and then just release it to the universe. That literally is enough to massively. And I mean, massively increased the chances of you shifting when you go to sleep, you know, tonight, or whenever you try this, it will also increase the chances of you manifesting whatever you focus on.

So you can use this tonight. It doesn’t have to be for shifting.

And when you get ready for shifting and then just go about your daily routine and see what happen.