Radiant One Game About Lucid Dreaming Coming In 2019

Radiant One Game About Lucid Dreaming Coming In 2019

Radiant One is a brand new video game about lucid dreaming and dreams coming out in august 2019 sometime. I just thought I’d have a quick look at it and provide some initial comments on this.

So for those who haven’t seen it yet, here’s the official announcement trailer: 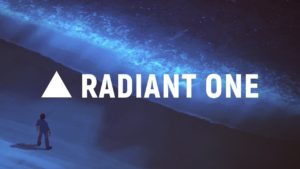 The soundtrack I have to say, is amazing. Really uplifting and fun and dreamy. That being said from what I can see there’s not much ‘dreamy’ visuals int he game, and for a game about lucid dreaming (which is based on the idea of being limitless and experiencing things you can’t in waking life) gameplay looks very.. boxy.

What I mean by boxy is that gameplay looks like any other game, when lucid dreaming and certainly a lucid dreaming GAME should be about the crazy limitless visuals of the whole thing. I’ll know more when I download it and play it, and when I do that I’ll update this page and comment further but for now it looks a bit boxy.

This is especially true compared to some other games about lucid dreaming which have been very trippy and inspiring almost like you’re having a hallucination. That being said, soundtrack sounds great, and it looks kinda fun. Here’s a video of some gameplay:

Summary of Radiant One game

Looks great, if a little boxy and restrictive. Would have liked to see gameplay more like something like Skyrim with some crazy visuals, but I’ll update THIS page when I have tried it myself and can comment further. Go and download it when you can!

Other games about lucid dreaming

As you know I’ve spoken before about lucid dreaming games and I have a pretty good list of them, but I can’t add Radiant One to that list until I’ve played it myself and tried it. There is also a strong link between video game playing and lucid dreaming which you should read about!