Sleep is a naturally recurring state of the body and mind in which the consciousness is partially suspended. It’s also a state with relatively inhibited sensory activity.

We’re basically dead to the world.

We don’t move (usually). We just lay there, motionless, breathing.

In this state, the postural muscles are relaxed, and your eyes are closed due to the inactivity of the conscious part of the nervous system.

Though it’s a vital component of health, the amount of sleep needed varies from person to person. Also, it changes with their age. Of course, like any other bodily function, sleep also has several different stages and patterns.

Your body and your brain have a lot of things going on even if you’re just laying in your bed, doing nothing or sleeping. Usually, a sleep cycle is divided into two major stages:

The sleep cycle consists of an oscillation between NREM and REM phases of sleep. In modern humans, these sleep cycles take about 90 minutes.

During NREM stages, brainwaves and muscle activity start to decrease while the body temperature and heart rate go down. The body is relaxed during the deeper stages of NREM, while the blood pressure, temperature, and breathing are reduced.

The REM stage is a different stage because the brain is active, but the body is paralyzed. Usually, dreams are most likely to occur during this stage. 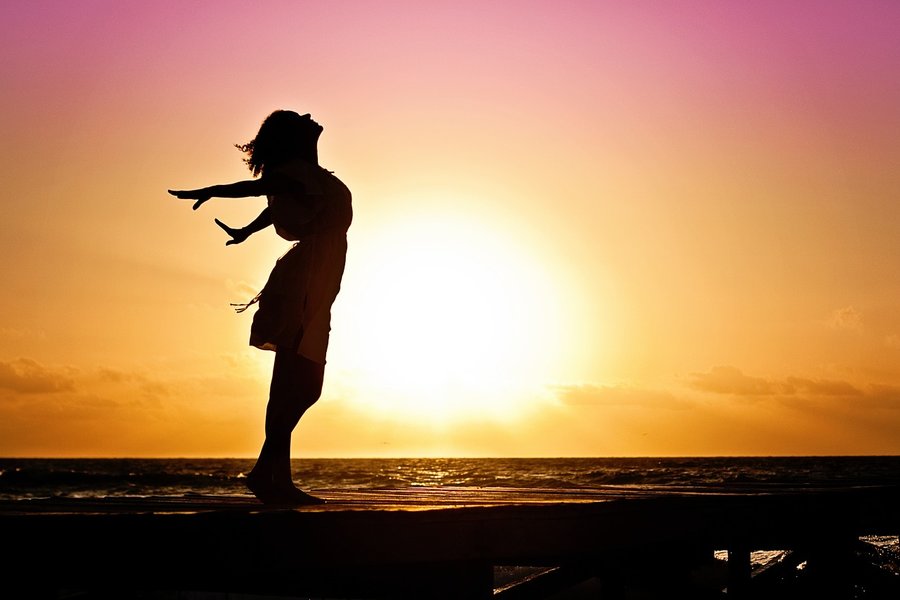 What are different Sleep Patterns

Every person has an internal circadian rhythm. It’s a 24 hours cycle in biological and behavioral processes of living beings, including plants, animals, humans, even some bacteria. This biological clock interacts with our sleep-wake homeostatic process, creating the sleep homeostat.

Sleep homeostat bases your sleep drive on the amount of sleep you’ve got in the past. This internal clock tells you how much sleep you require.

Monophasic sleep is regarded as a regular sleeping pattern, in which a person sleeps for a single duration of time, usually at night.

Biphasic sleepers divide their rest time into two blocks of time over 24 hours. The more extended rest period usually happens at night and lasts for 5-6 hours. Shorter periods of rest happen during the day, in the form of naps.

Researchers have confirmed that naps ARE beneficial for our health.

A 90-minute nap allows a person to complete one sleep cycle, improving memory, learning capabilities, mood, and increasing our alertness.

Biphasic sleep is a healthier sleep pattern than a monophasic rest. Some countries have even adopted a biphasic sleep as the normal one.

Polyphasic sleep schedule has sleepers resting for 4 to 6 hours during a day, segmented into one long rest period and several naps. However, there are different sleep pattern combinations of polyphasic sleep we’ll discuss later.

Many animals follow polyphasic sleep patterns. Still, people have followed it too throughout the past. Early humans were also polyphasic sleepers since early human society was differently organized. Early humans used to sleep in groups, often in one secure location, for protection against elements and predators.

Some humans were keeping watch, while others slept, waiting for their shift to end so that they can go to sleep.

This “sentinel” behavior might explain why teenagers tend to stay up late, and why are elderly more likely to wake up early.

With the advancement of civilization, our sleeping habits changed to better suit our societal roles. We switched to a biphasic sleep cycle when we started building houses, growing crops, and domesticating farm animals.

Then came the 1760s and the first industrial revolution. The advancement of technology and the rise of the machines gave the human race a factory system.

Factory workers worked for 12 to 14 hours a day, with only Sundays off. Unable to take naps during a 14-hour work period, they switched to a monophasic sleep pattern, resting during a single, long period of time.

Though we have better working conditions and normalized workhours, monophasic sleep habits held to this day. Still, exceptions exist since some countries allow their workers to take short naps at work. This allows the people to structure their work schedules around a biphasic sleep pattern.

Among them were Leonardo Da Vinci, Thomas Edison, Nikola Tesla, Napoleon Bonaparte, Winston Churchill, and many other famous historical figures.

Even to this day, new mothers often follow a polyphasic sleep pattern to match their baby’s sleep. Modern supporters of this ancient sleep cycle advocate that humans are naturally polyphasic sleepers.

To back that up, you should look at how babies sleep. They sleep in a polyphasic cycle. During the first year of their life, they gradually lose their nap time slots, thus reducing the number, but increasing the duration of naps. Roughly estimated, most children become biphasic sleepers by the age of one.

Different types of Polyphasic Sleep and their benefits

Polyphasic sleepers rest multiple times during the day, usually four to six times during 24 hours. These sleep combinations are broken down into three main categories:

These sleeping schedules are meant to increase your wakefulness and decrease your rest time by making it more effective. The idea behind this is to reduce light sleep time and increase the time spent in deep sleep and dream sleep through initial deprivation.

Through this initial deprivation, the altered sleep cycle tricks the body and brain into entering REM sleep faster, if not almost immediately. The advocates of polyphasic sleep claim that when the body becomes sleep-deprived enough, it adapts to achieve the necessary amount of rest.

Among the benefits of polyphasic sleeping is an enhanced mental clarity, thanks to the multiple resets of adenosine levels during the day. Also, you might experience an increase in productivity thanks to the reduced time spent sleeping.

Some poly-sleepers have experienced an increase in alertness, and wakefulness, as well as elevated levels of energy.

Interestingly, people have experimented with polyphasic sleep for centuries. And yes, several prominent figures used this sleeping schedule. Some people still do it today, like extreme athletes, servicemen, and women, shift workers, pilots, and students.

Though newborn babies and their mothers naturally use polyphasic sleep patterns, according to doctors, the rest of adult humans shouldn’t.

Because there are so many things to do other than sleep, society is becoming increasingly sleep-deprived. Polyphasic sleeping became known as a “life hack” – a way to achieve more by sleeping less and doing more.

Some people got the notion that you can “hack” your need for sleep.

Because of this, polyphasic sleeping became a popular theory for sleeping less, and not paying the price for it.

However, there’s simply no way to cheat your need for sleep, and there’s no substitute for regular sleep. As a matter of fact, sleep deprivation is a severe condition, and it can result in many health issues.

In other words, polyphasic sleep schedules are challenging to sustain. You would have to time your life so that every few hours you’re in a situation where you can take a nap.

That may conflict with your work schedule, and with your social life since you’ll be awake a lot of time when nobody else is. To successfully keep up with your sleep schedule, you would need to possess an incredible amount of control over your activities.

Following any of the polyphasic sleep schedules will likely deprive you of sleep. Short naps aren’t enough for your body to go through necessary NREM and REM cycles that monophasic and biphasic sleep allows.

You can’t cheat your way out of sleeping

Melatonin is a hormone released by the pineal gland that synchronizes the circadian rhythm, including the sleep-wake cycle.

It also regulates blood pressure and works as an antioxidant. Its interactions with the immune system are well-known, though its anti-inflammatory effects seem to be most relevant.

For this reason, following polyphasic sleeping schedules isn’t only complicated, but also unhealthy.

In the long run, sleep deprivation caused by polyphasic sleeping can cause serious health issues. Still, some individuals may have to adopt some less extreme polyphasic sleep patterns due to their profession.

Why some people have to do it

Some individuals or groups can’t afford a good night’s sleep and have to resort to polyphasic sleeping. In those cases, you should try and use the Everyman method.

The rest of the 30-minute naps should be spread throughout your wake cycle, to give you an energy boost that would help you last through the day.

This way, the long-term effects of sleep-deprivation should come at a slower rate, but that’s not a general rule. Everyone is different, and there’s no substitute for a good night’s sleep.

Some people can function well with less than 6-8 hours of sleep per night. These people require about 5 hours of sleep, but they’re scarce since only about 3% of the world population are known to be short sleepers.

The other 97% require regular 6-8 hours of sleep to keep the need for sleep satisfied. For these people, getting only 5 hours of sleep can lead to long-term sleep deprivation.

Though it has been documented that our ancestors were polyphasic sleepers, the modern human has evolved beyond that sleeping pattern. We know a bit better now.

It doesn’t REALLY work, in a nutshell.

Individuals sleeping in a fragmented fashion usually end up sleeping less, which can lead to sleep-deprivation and health issues.

Sleep-deprivation disrupts hormone levels such as melatonin, which regulate your sleep-wake cycle, and cooperates with your immune system in anti-inflammatory fashion.

Also, sleep deprivation spikes your blood pressure and sugar levels, leading to chronic conditions such as diabetes and obesity. Furthermore, the lack of sleep can cause cognitive impairment, memory problems, and a higher risk of accidents.

Finally, poly-sleeping leads to sleep deprivation and potential health issues. Even though it might work for babies and some mammals, the scientific community is skeptical about the fact that adult humans are meant to sleep that way.

Certain aspects of sleep and its mechanics are still a mystery for the scientific community. However, as the current studies of sleep suggest, we are more likely biphasic, rather than polyphasic sleepers.