Dreamers and insomniacs alike seem to have a certain curiosity in melatonin. Melatonin controls our sleep, and considering we tend to spend around a third of our lives sleeping, it’s no wonder people are interested in enhancing their rest experience.

Is it safe? Does it work?

Melatonin is a hormone released by the brain’s pineal gland. The hormone, which has been called the “sleep hormone” and is also found in small amounts in other parts of the body, regulates and synchronizes sleep and wake cycles.

What we do know is that there are at minimum 40 TYPES of this molecule (some researchers say there are over 50).

They all play an important role in energy levels, sleep-wake cycles, mood, appetite regulation, memory function and many other bodily functions.

Melatonin could also help people with circadian rhythm disorders such as jet lag when they travel between time zones.

There are several types of melatonin available, including pills, tablets, capsules, liquids and gels.

Unlike other sleeping aids though, melatonin is a hormone, and sold as a hormone supplement without the need for a prescription (in the US anyway). Rather than a drug, melatonin is already produced in our bodies naturally – that’s how we know when it’s time for bed! 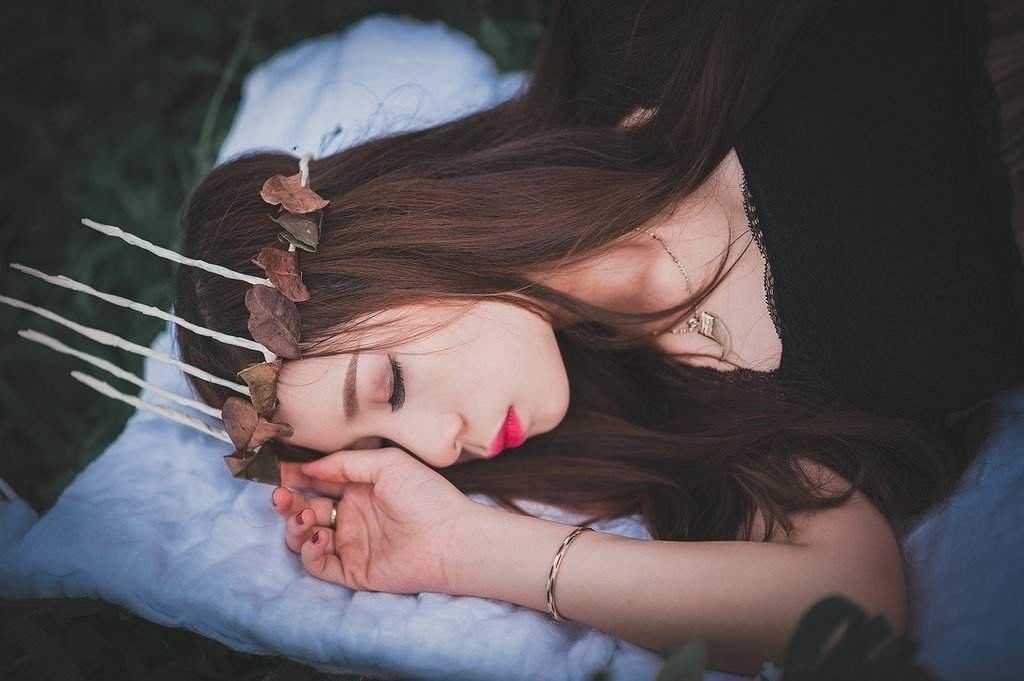 How Do Sleep Hormones Work?

There are few things more hazardous to your health than sleep deprivation. Without adequate rest, our bodies are unable to function at their best. Melatonin is a chemical or hormone, produced by the body that aids in regulating sleep. It can also help with jet lag or shift work.

The production of this chemical in the brain is inhibited by light exposure.

This means that people who have trouble sleeping should avoid being in bright rooms during the evening hours when melatonin levels are high.

How Is Melatonin Actually produced?

Our bodies, and particularly our brains, are incredibly complex, but here’s the basic low down on how we produce melatonin naturally.

It’s produced by the pineal gland in our brain, which during the day is inactive, but when darkness falls, it gets to work.

The gland is ‘turned on’ of an evening by signals sent from a part of the brain called the suprachiasmatic nucleus – this has the overall control of your sleep cycle.

So after the signal has been sent to the pineal gland, melatonin production begins, and as the levels of the hormone rise, we feel tired and sleep starts to seem pretty appealing. This happens at around 9pm usually and then towards the morning, levels drop and you wake with the morning sun.

Obviously some things get in the way of melatonin’s attempt to get you into bed though, like that episode of Eastenders, or keeping the light on for some late night work. Artificial light interferes with the hormone, so if you’re staying up, or going out late, chances are you’ll feel less tired than someone already sat in bed with the lights off.

You’ve probably heard of, or experienced jet lag – when your body clock isn’t quite in sync with the time zone. This is a result of melatonin levels!

You may arrive in a different time zone, but your body clock and the rise and fall of melatonin levels wont have caught up yet. This is one of the main reasons people take melatonin, particularly those that travel a lot – its just a quicker way to sort that irregular sleeping pattern.

What Does Melatonin Do?

What melatonin does, is control our sleep. It makes you tired at the right time, and wakes you up in the morning (providing you didn’t overdo it with a late one). The hormone naturally works its magic and regulates sleep patterns, and the supplement intensifies its effects for those that need help drifting off.

It’s a much safer way to snooze than a nightcap.

The key difference behind the difference is that a supplement will always work for you – you don’t need to wait for your body to be in the right state, and you have a higher chance of feeling better afterwards.

What Effect Does Melatonin Have On Our Dreams?

A large percentage of people who have taken melatonin have found themselves having particularly vivid dreams, the hormone not only gives you a good nights rest, but also an interesting one.

The improved quality and quantity of REM would explain why dreams seem to come to life after taking the hormone, as REM is the stage of sleep where most dreams occur. With the quality of REM improved, dreams may not seem as hazy as usual, and with this newfound clarity in the dream world, they may even seem like a hallucination.

In addition, REM sleep is the phase when the body is most vulnerable to the effects of dream-inducing drugs.

Whilst dreams may be more vivid, that doesn’t necessarily mean they’ll become lucid. Don’t lose faith too fast though because as we’ve said, it DOES make dreams more vivid. This means they’ll feel better and you’re more likely to remember them, and feel in control.

Don’t get me wrong, if you’ve had lucid dreams before, there’s a strong chance they’ll be better than ever when taking melatonin.

Sometimes lucid dreams, especially for beginners, don’t last particularly long, a few seconds and it’s over, but with melatonin, you might just have a longer one, one long enough for you to do anything you can imagine.

Some people have claimed to have more control in lucid dreams whilst on melatonin, something every lucid dreamer strives for. So melatonin could be useful to those who want to have lucid dreams, but more so to those who have already become lucid before.

To those of you that don’t have a background of lucid dreaming, I wouldn’t expect to become lucid if I were you. Melatonin on its own wont get you there, it still takes practice, patience and time. You may experience dreams that feel more real than any before, you may even experience vivid false awakenings, but melatonin wont instantly help you achieve lucidity.

Melatonin has a half life if just under an hour (45-60 minutes) so taking it just before going to sleep will be fine and will help you go to sleep more easily.  People report a nice vivid dreams effect from as little as 3mg taken before bed, so you don’t need to go crazy with this. Try a little and work your way up if you feel you need to.

To get started, start with a dosage of about 3mg per night combined with other techniques like the WBTB, and of course your reality checks. Don’t forget to write your dreams down too!

Is it safe to take 6mg of melatonin?

Yes. 6mg is not that much for this supplement and the chances are you don’t even need that much. You can experience a nice effect from just 3mg but 6mg will be fine as well. People have reported taking as much as 50mg or more in one night and had no negative side effects.

That being said, always check with your doctor and make sure it doesn’t clash with any other medication, prescriptions or drugs/supplements you’re taking.

There’s not really any real consequences or major side effects to taking melatonin, it’s a natural hormone, and a lot safer than a lot of other sleeping aids. There are just some things you might want to bear in mind.

Having vivid dreams might seem like a blessing to some, but to those who are prone to nightmares, having the dream seem even more realistic probably isn’t as desirable. If you use it too regularly there’s a risk that you might not be able to sleep without it. Your receptors may become desensitised and you might rely on it to sleep easily.

Also, whilst it’s supposed to give you a good nights sleep, if you don’t have the hours to have a proper rest, you might want to forego melatonin on that night. If you take it but have to wake up earlier than usual, you might find yourself waking up groggy and still tired.

With your melatonin levels still relatively high, you wont feel as rested as you should do, and maybe even less rested than you feel normally. The vivid dreams may also make you feel this way. Some people have said that the dreams they’ve had have been so intense that they felt like they hadn’t slept.

These side effects happen only in the odd case though, and if you want extra reassurance that the benefits outweigh the possible side effects, just make sure you go with a reputable brand. Melatonin isn’t considered a drug so doesn’t require the FDA stamp of approval. For that reason it’s worth paying a little more for a trusted brand so that you know exactly what you’re getting.

This is somewhat a myth. Melatonin itself won’t give you nightmares, BUT it will increase your REM sleep. Especially if you’ve been having a bad sleep pattern before, you’ll notice much more vivid dreams when taking this pill. More vivid dreams can sometimes be seen as nightmares, but if you know how to overcome them, you’re fine.

Sleep paralysis is something that could happen when you take melatonin. The hormone shutting your body down but not necessarily your mind, it’s sort of the perfect situation for sleep paralysis to occur, especially if you’re prone to it.

This is a thought that scares a lot of people, but as long as you adopt the right mindset, and keep calm, it’s really nothing to be afraid of! It’s even a part of the process of inducing a lucid dream.

If you’re already a lucid dreamer, you’ll know that this will make the WILD technique that bit easier!

What Are Melatonin Hallucinations?

Although not harmful when taken as prescribed, many people experience adverse effects such as headaches and stomach pain when they take melatonin supplements. Melatonin hallucinations are a rare side effect of these supplements.

Melatonin hallucinations may subside when you stop taking the supplement, but, if you experience them often, consult a doctor.

Melatonin hallucinations may also be caused by a brain abnormality, such as a tumor, stroke or a brain injury.

Melatonin is safe to take for most, but obviously (as with any supplement you take) if you have any medical conditions, take any medication, or are pregnant, you should double check with a Doctor that it’s the right thing for you to try.

It’s a natural hormone so is preferable to other sleeping aids and has plenty of advantages, particularly if you’re an avid dreamer.

There aren’t really any major drawbacks, as long as you take the right dose and don’t become too reliant on it. So, melatonin – perhaps the supplement to take for a good nights sleep and some crazy dreams!