Lucid Dreaming has been the topic of much debate in the last 5 years or so, with the rise of it’s popularity on the internet, but is it safe? It’s a fairly old skill, people have been doing it for thousands of years across all types of Civilizations, so what are the facts?

There ARE a few small dangers, but they’re not really dangers in the same way that diving with sharks, climbing a tree, or train surfing are.

It’s a very tiny risk/danger, but if you’re interested in knowing what the dangers of lucid dreaming are, here they are for you.

Firstly, let’s start with the basics:

What Is Lucid Dreaming?

Dreaming is a natural process that occurs during sleep. Lucid dreaming is the ability to become aware you are dreaming while the dream is happening. What are lucid dreams? They are dreams where you can explore your own mind and manifest anything your heart desires.

The first step of lucid dreaming is reflecting on your surroundings. This will help you to recognize physical boundaries, so you can identify when you are dreaming.

Many people believe that lucid dreaming is an exciting new way to explore their unconscious. Others are skeptical about the safety of this type of dreaming, especially for those who are experiencing nightmares. Some research has shown that lucid dreams can be safe if someone is prepared before they go to sleep.

There are also specialized techniques-like dreamcatchers-that might help certain individuals overcome these problems.

So, really it’s hard to say, but it’s certainly not as dangerous as a lot of other things you do every day. The ‘danger’ so to speak, is a tiny danger that you’ll enjoy it too much, as well as a few other things. For some people these risks won’t matter but for others, they might make you stop and think about it.

Here are the most common ‘dangers’..

1: Difficulty distinguishing between reality and dreams

It can become a little difficult to tell the difference between dreams and reality. Not in a literal sense, but, for example, forgetting whether a memory was in a dream or in fact, real. If you explore a city you know well in a dream, and find something, or talk to someone and nothing is unusual about the experience, you may then remember it as having actually happened. 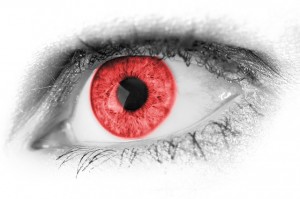 This is not a major problem, but as long as you actually write down all your dreams in your dream journal, you can always go back and check if you’re not sure about something. With time, you’ll get used to telling the difference, and you’ll be able to remember the context of the experiences, but if you’re relatively new to Lucid Dreaming, this is a small danger.

This could mean you’ll want to wake up later and later in order to keep going back into the dream world. This is probably the worst danger, but if you have a job or other commitment, you’ll have to just get up anyway, and wait until the following night for another dream.

In all honesty, it’s not that addictive, and will be more of an active hobby/fascination as opposed to an addiction. It is exciting, and you’ll want to keep having Lucid Dreams, but if you ever wanted to stop, it’s possible.

Just stop doing your reality checks and writing your dreams down. But why would you want to stop?

Dreams give you such an interesting insight into your mind that it would be silly to give it up.

Lucid Dreaming is not something that is accepted by everyone yet. There are lots of people, (usually the less intelligent) who don’t believe Lucid Dreaming is possible, and will criticise you for talking about it. If you try and explain the skill to someone who’s never done it before, they likely won’t believe you and may think you’re a bit weird.

This is not something that is your fault, and it’s not really a danger, but it is something to consider before you share your latest Lucid Dream. There are lots of places to share your dreams where you can get support and a decent conversation, because if you tell anyone and everyone about your new skill, you may freak them out a little bit.

4: You could meet with spirits?

One of the most widely known ‘dangers’ of Astral Projection and, supposedly, Lucid Dreaming, is meeting spiritual entities.  Now, this is all down to your beliefs, we here believe that Astral Projection is entirely possible, although the degree to which it’s possible is not known yet.

It needs to be mentioned as one of the dangers of Lucid Dreaming though, because some people claim to have a Lucid dream and become really scared by their experiences and claim to have met spiritual entities who caused them harm in the dream and distressed them in reality.

There is not any widely accepted proof or documentation of such happenings, rather individuals commenting on forums, for example, sharing their bad experiences and warning others about Lucid Dreaming.

Controlling your dreams in this way can be scary, but that doesn’t mean it’s dangerous. It’s important to remember that everything that happens in a dream is in your mind. It’s not real.

At this point in time, there is no evidence to suggest that anything like demons, possession, or any other Lucid Dreaming ‘dangers’ are real. It’s not something to worry about and you shouldn’t let it put you off.

A few people will tell a few stories about their experiences which may scare some, but in reality, the skill is not dangerous, in fact, it’s quite the opposite.

Some Other Dangers Of Lucid Dreaming

There are some things which COULD happen to you, but the chances are they won’t. These differ from person to person but we’ll include them just because they’re a possibility. Here are the main ones:

The one main danger of lucid dreaming

There is one danger to lucidity which we feel needs to be mentioned. It’s not something people often consider but it’s something that’s important.The one real danger to lucid dreaming is that you’ll actually want to spend all your time in bed dreaming.

This can be and if you have big goals for waking life.

At the same time, it can work in your favour because you’ll be more motivated by your dreams to work harder in your waking life. Since starting to lucid dream I’ve completely changed what I think is possible in waking life, and I’ve set much bigger targets and goals for my life.

This is not really a danger but something to think about. Lucid dreaming will actually change your life when you master it, and you’ll find yourself going for bigger and bigger goals. You’re not going to be happy with an average life, doing the same thing that everyone else is doing.

Another little danger of lucid dreaming would be that you might try a supplement that doesn’t agree with you. When you get more into it you’ll probably look to supplements after reading some lucid stories about people using them. It’s important to do your own research (and plenty of it) before taking ANY supplements, because taking the wrong one in the wrong way could give you a scary experience.

Some people have described an experience with a bad supplement as ‘having your head scraped along the underside of an iceberg’. Research before trying!

Matthew is a devout Muslim who wants to know if it’s okay for devout Muslims to lucid dream. While the topic of lucid dreaming has drawn significant debate in recent years, Matthew’s question is an important one that deserves serious consideration.

Lucid dreaming may sound like something out of a sci-fi novel, but it’s actually very common and safe for practicing Muslims.

So, Are Lucid Dreams Dangerous?

Although some people would like you to believe it is, maybe they’ve had a bad experience, or maybe they weren’t even in control of their dreams to begin with. It’s not dangerous, and you have nothing to worry about when you try to Lucid Dream. There are some things to be wary of, as with anything, for example it can be scary.

This being said, Lucid Dreaming is not dangerous and Astral Projection shouldn’t be considered dangerous either.

It’s all in your mind, whatever you think or believe will become real in the dream, therefore the only thing you should consider is how much control you have over your mind and thoughts.

In all honesty, there aren’t really dangers. Not physical ones, and the other risks are so small that they’re massively outweighed by the benefits. Here are some things that can help you lucid dream safely, however: