How To Stop Nightmares With Lucid Dreaming

How To Stop Nightmares With Lucid Dreaming

No-one likes nightmares, really. Turns out, there’s actually an easy way to STOP having them, just by changing the way you dream and learning a skill called ‘lucid dreaming’.

Nightmares can be really scary, and they can ruin how you sleep. You’ll feel rough the next day because you’ll have not slept properly, and you might be troubled by the content of the nightmare for the whole day! 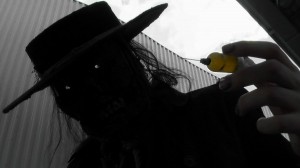 It’s not nice to have constant nightmares, certainly not if you value your sleep (who doesn’t). It’s something which affects all of us at some stage in our lives, nightmares are basically a dream which contains things which are not pleasant.

Things that scare you, or things which you would rather not remember. Dreams which you don’t want to experience, basically. Before we explain why I almost never have nightmares, let’s talk a little bit about what a nightmare is, and go into a little bit of detail. Don’t worry, it’s not boring, stay with me! Let’s look at how to stop nightmares from happening.

What is a nightmare?

A nightmare is a dream which contains content you don’t want.

It can be in the form of a feeling, or it might be visual, it could be something chasing you, or even a situation you find scary or uncomfortable. Here are some common nightmares people have:

Those are the most common, with the two main nightmares being; falling and being chased. Sound familiar? They usually occur during REM sleep, when the brain is the most active.

Are alarm bells going off?

If you’ve read the Science of dreams, you’ll know that Lucid Dreams are most likely during REM sleep.This means that the time you have nightmares is also the time you’re MOST LIKELY to be able to lucid dream, IE; CONTROL your dreams!

So as you can see, the reason for having nightmares could be one of many things. So how do you easily reduce your number of nightmares?

Either you can work on all of those things, for example, improve your overall health, overcome your fears, go to therapy for your negative past experiences etc, or.. for a much quicker approach, learn to control the nightmare.

The easiest way of doing this, is simply to do what you’re here to do, learn to Lucid Dream. Become so good at it, that when a nightmare starts, it actually triggers your reality check and you become lucid.

How To Overcome Nightmares?

You won’t be able to completely stop nightmares from happening, no ones perfect, and no matter how good you are at Lucid Dreaming, some nights, you will experience a nightmare.

That being said, you can drastically reduce the number of nightmares you have.

By learning basic dream control and by improving your already good Lucid Dreaming skill.. (If you’re struggling with Lucid Dreaming, go back to basics and practice). If you don’t train yourself to deal with it, you’ll just experience nightmares, but if you learn how to control those nightmares you can turn them into very powerful lucid dreams, and even learn something about yourself.

Maybe you had an experience of falling out of a tree as a child? At the time, it was probably very scary, so years later, your mind replays it in the form of ‘falling nightmares’. So what can you do about it?

Ask the nightmare what it represents

What do I mean by this? It sounds silly, but remember that your mind is working at such a fast speed in a dream that it can render the world and your thoughts so quickly, that you can literally talk to your own brain. You can ask yourself why you’re having a nightmare, and why you’re scared of whatever it is you’re scared of.

Try this next time you go to sleep, ask your nightmare why it’s there. You may discover the reason for your fears, your mind may reveal to you some problems in your past/life/mind that you weren’t even aware of. It’s very interesting to ask your nightmare this, as more often than not you’ll learn something very liberating about yourself.

Reality checks helped me to stop my nightmares, because by doing reality checks all throughout the day, eventually you do them fairly often in your dreams too, that’s the idea after all. After a while when you get into a scary situation in the dream, you end up doing a random reality check and becoming Lucid.

It’s a little thing worth doing every day, because we all know how scary nightmares can appear sometimes. It’s easy to forget to do them, but it’s the act of repeatedly doing them in waking life that makes them work. Keep doing the reality checks and make sure that when you do them, you’re sure that you’re awake (or not).

Be at peace in your waking life

Being more happy and more relaxed in your waking life will usually mean you’ll have less nightmares. The happier you are, the less you’ll dream about negative or scary things. Of course, you’ll still SOMETIMES dream about bad things but that’s what your reality checks are for!

Stop nightmares in their tracks

By doing reality checks every day, and working on the other aspects which could cause a nightmare, such as overall health, overall happiness, and understanding things in your past, you can come to a place where you’re at peace in waking life and in a dream.

You will still sometimes have a nightmare, because fear and discomfort is something that everyone experiences, you can’t cut it out completely. You can however hugely reduce the number of nightmares you have. Hopefully this has helped you, go ahead and share it with people you think will benefit, pay it forward!

Stopping nightmares can actually be quite easy, but there are some basic things you need to learn. Check out our super simple lucid dreaming guide, and then get a dream journal. Here are some more things that might help you: