Many of us make the same simple mistakes and do the same WRONG things when trying to lucid dream. Here’s what not to do.

It’s a collection of things, ideas and techniques that you should AVOID if you ever want to actually lucid dream, for real.

Here’s how you GUARANTEE that you’ll fail at lucid dreaming, before you even really get started. If nothing else, try to read this post and consider it a list of things to make sure you don’t do.

1: Change your technique every day

When you first start, you should try and give each technique you try about a week or two at least.

What I mean by this, is don’t just try one technique, then the NEXT NIGHT try another one, because you’re not giving either technique a chance. You need to try it out for at least a week, but then if it’s still not working after 1-2 weeks, try something new. Lots of people mess this stage up and either try ONE technique and nothing else, or a different technique every night.

What you could do for example, is plan out your month so you’ll say that the first two weeks will be dedicated to trying the wake induced lucid dreaming technique and the second two weeks will be focused on the wake back to bed. This way you’re giving each one a chance to work but you’re also making sure that you find the best technique for you PERSONALLY.

If you want to fail, then spend like 5 seconds doing your reality checks.

You’ll make sure that way that you’ll never see them in a lucid dream, and when you do, it won’t actually do anything for you. You’ll just be having a dream about doing a reality check in the best scenario, or no recorded dream at all in the worst.

Make sure that when you do your reality checks, you really spend more time doing them and focus on really asking yourself the question ‘Am I dreaming?’ And then really think about it.

3: Doubt yourself and never explain it to your friends

If you love the idea of lucid dreaming, you should  be shouting it from the rooftops!

Well, not quite, but you get the idea. If you really BELIEVE it’s possible, and you LOVE the idea, then why not talk to your friends about it? If you don’t, then it’s going to stay as this little idea in the back of your mind that you just don’t fully believe in. All the time that happens, you’ll be holding yourself back and stopping yourself from lucid dreaming.

Don’t just be one of those people who ‘tries it out’ to see if it works, because if you come at it with that mindset, then it won’t work. You need to read about it, and then BELIEVE that it’s possible, it works, and it’s just a matter of practice. This is the first step!

If you’re lucky, you’ll be one of the people who can read about lucid dreaming, and then actually have one the very first night they try. I have known a few people like this and it’s a very nice situation to be in, but it’s not going to happen for most of us.

For most of us, we need to practice, be patient and actually learn how to do it from the start.

If we just rush it and expect to lucid dream on the first night, then we’ll just end up annoying ourselves! 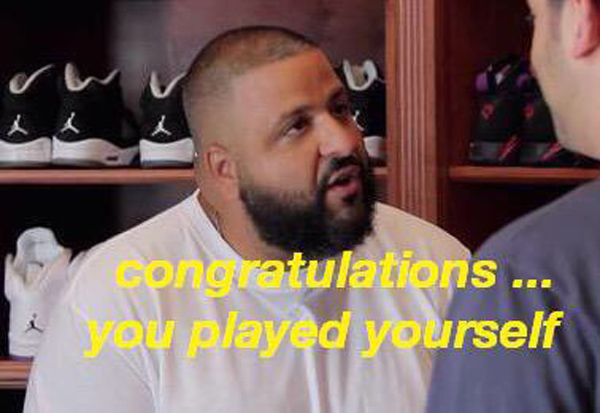 So what SHOULD you do?

Start by getting your reality checks down and making sure you spend enough TIME doing them and you really question your reality. This is an important point that most people tend to miss. After that, make sure you’re trying a proven technique like the FILD, MILD, WBTB, WILD or even the DCILD technique.