How Sleep Affects Memory: The Ultimate Explanation And Sleep Tips

How Sleep Affects Memory: The Ultimate Explanation And Sleep Tips

Sleep and the ability to memorize things were essential factors in the evolution of almost all vertebrate animals, often going hand in hand. But what’s the connection now?

During sleep, we are, for a great part, UNRESPONSIVE to potential dangers.

Forming and retrieving memories is a vital ability of any living organism, as it has an evolutionary role required for survival and development.

The abilities to memorize and remember enable us, through various processes, to LEARN things. 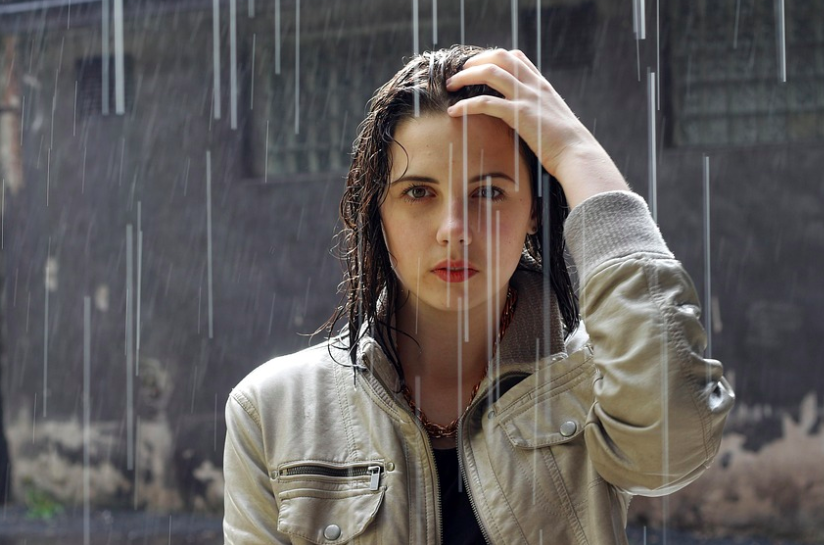 In turn, this allows us to better adapt our behaviors to the demands of an environment we find ourselves in.

In this article, we’ll discuss not only what memory and sleep are, but also how sleep affects memory.

What is sleep, really?

Sleep is defined as a naturally recurring state of reduced responsiveness, relative inactivity, and lack of consciousness. In other words, consciousness is partially suspended, followed by a relatively inhibited sensory activity and inactivity of postural muscles.

Thanks to our circadian rhythm, and sleep-wake homeostatic regulation process, sleeping occurs in regular intervals. Also, the sleep homeostat tells your body when it’s the correct time to rest, and how much rest you require.

Sleep, being a vital component of health, has many benefits, including stress release, energy restoration, improved cellular regeneration, better regulation of blood pressure, and body weight.

During this period of rest, your body and your brain undergo several processes and go through several sleep cycles.

These cycles consist of oscillations between NREM and REM phases. In humans, one sleep cycle takes about 90 minutes. During NREM stages, your body functions start to slow down.

Your muscle activity decreases, along with your body temperature, breathing, and heart rate. The REM stage is different as the brain becomes active, and most dreaming occurs.

Unlike the brain, which is active during the REM stage, the body stays paralyzed to prevent us from acting out our dreams.

Medical experts have studied the role of sleep in learning and memory formation.

They discovered that the quality and quantity of sleep affect the learning, memory, and cognitive functions.

What is memory and how does it work

Memory is the ability to retain information or experiences over time. Memories of your past experiences build a framework of thought and action for the present and future.

In a way, a collection of our memories, and processes behind them make a “memory,” which makes us into what we are.

Every time you learn something new, like a skill, you actively analyze every movement or action you make. This analytical process helps you understand how individual actions come together as a comprehensive whole.

However, as you progress your newly learned skill, and your ability improves, it becomes a less cognitively-demanding process. In turn, it becomes easier to perform, and it becomes more intuitive.

However, memory isn’t only about storing information. It’s also about processing said information and recalling it when it’s needed, making memory a vital component of human cognition.

It enables us to draw out past events and form a framework of thought which makes sense in the present or future. And as such, it plays a vital role in cognition, learning, and gaining experiences.

The process of memory is actually composed of three different subprocesses that characterize its workings. These processes are acquisition/encoding, consolidation, and retrieval (or recall).

Encoding to your memory

ENCODING is the first step in creating a memory. Rooted in the senses and beginning with perception, encoding refers to the process through which information is learned.

Information is usually encoded through one or more methods:

During encoding, the perception of a stimulus or information in the formation of new memory is highly susceptible to disturbing influences and decay (forgetting).

Experts believe that different parts of your brain, the hippocampus, and the frontal cortex are responsible for analyzing sensory information you receive. They also decide if something or someone is worth remembering or not.

Consolidation and storage refer to how, where, how much, and for how long encoded information is retained within memory. Once created, the memory must be stored, no matter how briefly.

Our brains have a built-in filter that helps to protect us from the flood of information our senses pick-up daily, all the time.

So, the creation of memory starts with the encoding and processing of sensory information.

Some information is easier to store if you already know something on the subject.

That’s why it’s fairly easy to know a LITTLE about a LOT of things. To be a jack of all trades. The learning curve is steeper nearer the beginning, and you can learn lots more faster about a new topic.

It’s because that information is already connected to the information retained in the long-term memory.

During consolidation and storage of a memory, the information becomes stable and embedded into long-term memory.

Retrieval or recall is a process through which an individual can access stored information, either consciously or unconsciously. The information is usually retrieved on an unconscious level and then brought into your conscious mind.

Retrieval of information is subject to error, as it may reflect a reconstruction of memory. This reconstruction is necessary when stored information becomes lost over time due to decayed retention — in other words – forgetting something.

Each of these processes is necessary for proper memory function.

I hope this makes sense so far!

Encoding and retrieval can only occur when we’re awake, during our wakefulness, but a consolidation of memory takes place mostly during sleep. This is done through strengthening of the neural connections that form our memories.

How sleep affects your memory

Most things that happen during sleep, like thermoregulation, metabolic regulations, energy restoration, cell tissue repair, and adaptive immune functions, can also be achieved during quiet wakefulness.

This means that most benefits of sleep can be achieved without loss of consciousness, which is one of its significant characteristics.

The loss of consciousness is a notable feature of sleep, and there’s a strong reason for that.

This prominent feature happens due to the brain’s different functions. During sleep, our brains undergo several crucial processes, including detoxification, removal of harmful free radicals from the brain.

Like we mentioned, the hippocampus and neocortex work in unison to encode, consolidate, and store your memories. However, they use different methods to store information.

The communication between the hippocampus and neocortex allows for new information to be “written” or “updated,” increasing the understanding processes of the neocortex. This process, also known as consolidation, happens during waking hours, but also during the NREM sleep stage.

During NREM, especially during stage 3 deep sleep, information that has been put into the hippocampus is redistributed to the neocortex. This means that the information put into short-term memory becomes, if necessary, a long-term memory. 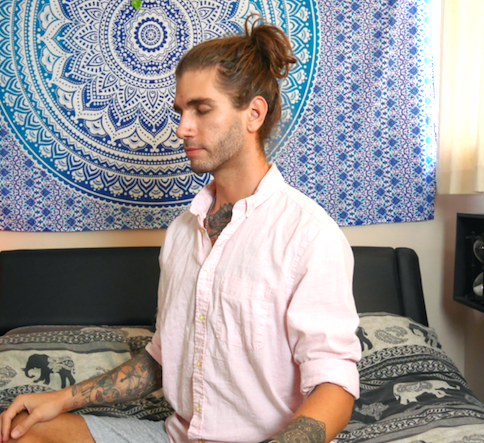 This type of memory consolidation explains why people who suffer from abnormal NREM sleep, like schizophrenics and Alzheimer patients, have problems in forming memories.

There’s another thing too:

High levels of STRESS may affect the transfer of information between the two areas of the brain. In turn, this can make you experience parts of the memory transfer and consolidation as dreams.

Dreams usually occur during REM phases, in which the hippocampus and the neocortex scarcely communicate.

During this period, the brain rests from exhausting cognitive work, while the neocortex REPLAYS memories to itself.

How sleep protects from ‘forgetting’

Several individuals have been subjected to systematic research in sleep-memory correlation. It was noted that forgetting occurs rapidly in the few first hours after learning and levels out after several days.

However, it was pointed out that short-term memory decay is reduced when sleep occurs in the retention interval. Many other studies have confirmed the positive effects of sleep on memory.

They concluded that rest acts as a “temporary shield” that postpones the effects of “overwriting” information, and in turn, passively maintains the memory traces.

Taking a nap shortly after learning has a better and more positive effect on memory consolidation than going to sleep at a later time. That’s a powerful hack, but one that it’s quite hard to use. We can’t all just go to sleep directly after learning something!

However, if you’re ABLE to:

It has also been confirmed that short naps, usually lasting from 60 to 90 minutes, protect the memory against future information interference.

Sleep deprivation and its effects

Mammals deprived of sleep for several weeks suffer temperature and weight dysregulation, and immune system failure. The result is death due to infections and tissue lesions.

Sleep deprivation is no joke.

During sleep, your brain processes information gathered during the day and forms memories. When we’re sleep-deprived, our attention and focus shift, making it more challenging to receive and correctly process information.

As a result, our interpretation of events and their future recall from memory may be affected. The over-worked neurons can’t coordinate information properly, resulting in a loss of the ability to access previously learned information.

Sleep deprivation also has a negative impact on mood, which has consequences on memory. It affects our ability to acquire new information, and subsequently recall that information at a later time. Adenosine build-up is highly responsible for why sleep deprivation affects memory formation.

Caffeine is a way to lower those effects; however, only for a short period.

Other reasons may include alcohol consumption, as it can induce fragmentation of sleep, which in turn makes memory formation difficult.

For more than a century, it has been known that sleep positively affects memory. While both acquisition and recall take place when you’re awake, rest is required for the consolidation of information.

It was initially believed that sleep passively protects memories from being “overwritten” by external interference.

Current research supports this conclusion, to an extent, adding that active consolidation is a result of reactivation of newly encoded memory information.

Disrupting sleep actively disrupts the transfer and reorganization of encoded information, preventing the formation of a memory.

This is especially significant in explaining problematic memory formation in patients who have Alzheimer’s or schizophrenia.

On the other hand, sleep deprivation can have severe health consequences, affecting not only your memory but your physical health, as well. Not only does it interfere with your nighttime melatonin release, but it also has a negative impact on your mood.

There’s a reason it was used as a torture method.

The overworked, exhausted neurons in your brain end up misfiring, having a hard time creating new synapses. This hinders cognitive ability and impairs learning.

Many medical experts agree that sleep is a biological necessity, which positively affects the memory and its consolidation. So, next time you want to pull an all-nighter and skip sleep, remember that enough rest time is essential for learning.

For this, and many other reasons, experts recommend at least seven hours of sleep. Midday naps, in the duration of 60 to 90 minutes, can also significantly improve your mood and cognitive ability, as they allow for one full sleep cycle.

Good sleeping habits and good sleep hygiene is vital for all, especially students, as it helps in better retention of information. It’s WORTH getting good sleep, often enough.

If you’re reading this and you’ve now terrified that you’re not getting enough sleep, don’t worry.

Nobodies sleep is perfect, but here are some tools.

These will help you get better sleep, relax deeper, and generally improve your health and wellness.

Or you could watch a video I created about falling asleep in 40 seconds or less: