We’re going to look at a particularly impressive herb today which can be used for lucid dreaming and deepening consciousness: Heimia Salicifolia or the ‘sun opener’..

Wouldn’t it be amazing to dream or travel through different realms with an awakened mind in order to attain more enlightenment? Lucid dreamers and astral travelers report being able to directly ask questions about their spiritual path from mentors and ancestors in this dimension.

Practitioners report being able to fly and jump in fantastical ways while in these states. Certainly these are no ordinary dreams or experiences. Traveling astrally and/or being lucid allows one to experience the world in an extra vivid way that doesn’t happen in the normal dimension. 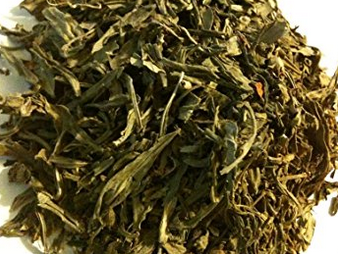 References to lucid dreaming and astral travel go back to ancient Greek times. The plants are considered to be “oneirogens.” This term originates in Greek with “oneiros” meaning “dream” and “gen” meaning “to create.” However, Buddhists are perhaps best known for advancing the practice. It’s an important part of Tibetan Buddhism, but lucid dreaming has gained popularity outside of Buddhist circles in recent times.

Some people have these experiences spontaneously and naturally. Others must undertake spiritual disciplines to open up to this realm. Whatever your means of getting there, lucid dreaming and astral travel seems to be a universal phenomenon with people from many different backgrounds and faith traditions reporting these divinely inspired experiences.

There are different reasons to undertake this journey. Some use it as a method of healing while others use it to find information about their deepest purpose in life. Some use it merely for adventure. Still others use it in order to gain a greater understanding of their soul and psyche. The potential purposes are endless and fascinating for those who are considering undertaking this spiritual path.

If you’re one of those people who is interested in expanding their consciousness through lucid dreaming and/or astral travel, be prepared for a life altering experience. Maybe you’ve been pondering the possibility of using herbal enhancements to achieve the results you desire. Before doing so though, it’s important to understand the process as thoroughly as possible.

In addition to aiding lucid dreaming, Heimia Salicifolia is thought to aid astral travel. Those who ingest the herb say that they sometimes experience time travel and out of body experiences. There is speculation that lucid dreaming and astral projection stem from the same part of the brain.

What defines each experience is the amount of control a person exerts while dreaming. A normal dream is entirely driven by the subconscious mind and the person having the dream is not aware that they are dreaming. In lucid dreaming and astral projection, there is an awareness of being in the dream state and conscious decisions are made while in this state.

Many people who are interested in exploring this mystical realm are exploring herbal enhancements. Heimia Salicifoli, commonly known as the “Sun Opener”, is one of the most enduring herbs for this purpose. The term “Sun Opener” originally came from the Aztecs who often used the flowers to induce a different state of consciousness to connect with the divine realm.

Where is Heimia Salicifolia found?

Heimia Salicifolia flowers are found in the Americas with most of them found in the southwest of the United States, Central America and Mexico because it needs hot and tropical locales in order to thrive. However, they have also been successfully cultivated as north as California and as south as Argentina.

It is a particular favorite of Mexican shamans, and they have used the flowers in ceremonies for centuries. Many of them also refer to the flower, which grow up to 1.5 meters, as sinicuici—which refers to its auditory hallucinogenic qualities. The plant itself is very common looking and at first glance offers no indication of its supernatural
power—with its thin branches and yellow flowers that are about two centimeters in width.

How is the mixture made?

The traditional method of using Heimia Salicifolia was to allow the yellow flowers to completely wilt and dry, and then add cool water to them in a jar or container. Allowing the dried flowers to ferment for 24 hours is necessary for maximum effect. Shamans believe that the power of Heimia Salicifolia is infused through the sun during the fermentation process. Because of this, some refer to it as the “elixir of the sun.”

After fermentation happens, the mixture is strained and put in a tea. At least a third of an ounce is used, but many say that at least half an ounce is needed for a deeper experience. The main ingredient is phenylalanine which mimics the effects of dopamine and adrenaline—which, of course, accounts for its pleasurable effect.

What are the effects of The Sun Opener?

Users report a loosening of the muscles when using this herb and a general heightened state of euphoria and relaxation. However, There may be increased perspiration and mild auditory hallucinations. People who drink the tea mixture often report hearing sounds from far away in new and intriguing ways.

It should be noted that there are also visual hallucinations. Practitioners report that the field of vision is imbued with a yellow hue while under the influence. One reason it is called the “Sun Opener” is because the yellow aura resembles a sunrise or sunset with orange and yellow hues. Objects in sight are, however, affected in a different manner; they are consistently said to take on a blue and purple tint.

One of the most remarkable claims of people who have used this herb is that they suddenly have the ability to remember events from long ago. Clarity of memories is striking for people who have used the “Sun Opener” herb. It has been reported that they could even remember events that happened while they were inside the womb of their mother. Other users say that they could directly commune with their ancestors while under the influence.

Are there other uses?

Also known as “Mexican Marigolds”, this herb is most often spiritually associated with the country of Mexico and is also commonly used as an ordinary cooking spice there. In addition, it is used for antiseptic solutions and essential oils. However, the flowers are still primarily known as a “dreaming herb” and they are often burned as incense before bedtime to aid in dream work.

Historically, many women from Mexico and Central America have also used it to aid in the fertility process. Women who were not able to conceive often bathed in the herb. It has also been used to treat women after a miscarriage or it has also been used for medicinal purposes after a normal live birth. Clearly it is thought to be strongly related to fertility issues of all kinds and has long been associated with fertility goddesses.

Side effects of Heimia Salicifolia

With minimal to moderate use, most do not experience any substantial side effects. Heimia Salicifolia does not seem to affect energy levels after use. However, the yellow tint in vision may last for more time than expected. Some report that this side effect can last up to a day after using the herb. Not many people use the “Sun Opener” on a long-term basis but if that is done, there may be long-term effects.

Using this plant is an adventure in awakening consciousness. It is highly recommended to use when someone you know and trust is present just as a general safety precaution. However, if done with safety in mind and preparing oneself spiritually for the experience through meditation and spiritual discipline, using the “Sun Opener” can be a life changing experience.