Dying In A Lucid Dream: What Happens To Your Mind?

Dying In A Lucid Dream: What Happens To Your Mind?

It seems a very common worry people have about lucid dreaming is what happens if you DIE in the lucid dream?

I think this is largely due to the film Inception (lots of misconeceptions about lucid dreaming are, maybe they should call it MISconception). In the film at one point they’re talking about what happens when you die in the dream if they get shot by the attackers, and a character says if you die in the dream, you get STUCK there for decades.

What really happens if you die in a lucid dream?

If you die in a lucid dream, or kill yourself, you’ll wake up. Nothing bad will happen to your actual body or mind, because when we lucid dream it’s all in our mind. This is a very common myth that when we die in dreams it somehow hurts us or makes us more likely to die in real life and not wake up. 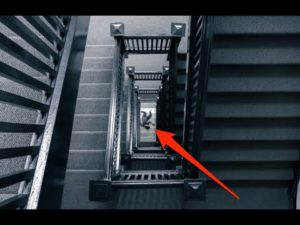 The truth is that nothing in a lucid dream can harm us physically. In fact, dying will just wake you up. Now, it might wake you up in a shocked or sudden way, and you probably won’t feel great but you won’t be hurt. In the same way that when you wake up from a nightmare you might be sweaty and your heart rate might be raised.

This happens when you die in lucid dreams, but it’s nothing to worry about. ANYTHING you do in a lucid dream that’s emotionally charged or exciting will give you the same experience of waking up sweaty and with your heart pounding.

Can you get hurt in a lucid dream by dying?

If you die, it might feel like it hurts in the moment. This is because pain is almost all in our minds and so in lucid dreams, we CAN feel pain. It’s one of the scary things about lucid dreaming, but it shouldn’t put you off. It’s always going to be there but much like wakig life, you don’t walk around terrified of getting hurt, do you?

Just try and focus on staying lucid, and you’ll be much less likely to get hurt in the dream. The more lucid you are, the less things are able to ‘hurt’ you because you can just tell yourself it’s not real and it doesn’t really hurt. It’s when you start LOSING lucidity and fading into a normal dream that you have problems.

What about if you kill yourself in a dream?

By killing yourself as a dream character, the same thing happens: you wake up pretty quick. Now, if you’re fairly lucid and you KNOW that you’re not really going to hurt yourself, you might experience the closest thing to Inception that’s possible right now:

If you try and kill yourself but you’re TOO lucid, and you realise you can’t actually hurt yourself, then you can end up feeling like you’re ‘stuck’ in the lucid dream. This only happens every now and then and it doesn’t usually happen to beginners. It’s an annoying thing that can happen sometimes if you’ve been lucid dreaming for a while.

It feels like you’re dreaming for longer than you are

My lucid dreams about dying

I’ve had lots of lucid dreams where I’ve either died accidently or been killed by another dream character. Some would argue that if I got killed by another character, then I wasn’t lucid to begin with but I would disagree with them. The thing is, there’s a lot we don’t know about lucid dreams, and as I discovered in my transcendence dream, sometimes even if we’re lucid, we’re not in control of everything.

The human mind can always surprise us, and if you’re new here I would suggest you go and read that post I just linked to, it’s pretty interesting. Essentially I was lucid and in control, flying around and having fun but then another couple of dream characters started messing with me and it felt like I was trapped in THEIR dream!

You can actually have dreams where you’re not in control of anything, and things are terrifying, these are called lucid nightmares and they’re pretty scary! In lucid nightmares, you’re aware that you’re dreaming, and you KNOW it’s not real but you can’t control anything, which means if anythign bad happens you’re MUCH more aware of it. It’s like you’re trapped and it’s one of the worst parts about lucid dreaming. Here’s a video about the things you should never do when lucid dreaming: