I’m referring to this as the ‘dream character induced lucid dream’, simply because it describes what you’re doing. You’re literally asking your dream characters to help you with lucid dreaming, and they’re responding.

This is a little technique I’ve sort of refined after trying a mixture of things during a lucid dream. I’ve recently been playing around a LOT with ‘dream commands’. I read a great book which explored the implications of dream commands, and it inspired me to explore it more. (The book for those who are interested is ‘gateway to the inner self’).

For those who don’t know, a dream command is as the name suggests, where you ask the dream to do something. You could also ask the dream a question, or simply communicate with the dream itself in some way. 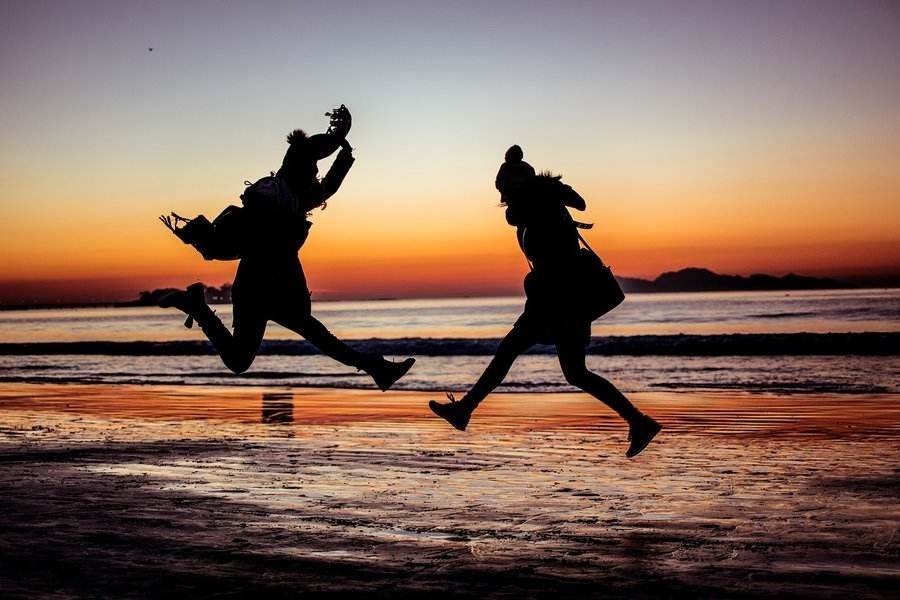 I used it the other day in a dream called lucid dreaming transcendence to effectively manipulate the dream by asking it to do what I wanted. I ‘asked’ the dream to give me more clarity. It wasn’t the first time I explored dream commands, but it got me thinking.

What could I ask the dream characters themselves to do? Well, I explored asking the same sorts of things to dream characters. I started by asking them things like the following (These are paraphrased, but the general idea of what I said is the same) –

Me (to a dream character) – ‘What is my life purpose?’

‘Can you help me get to the ‘xxxxx’ that Ive been trying to find?’

‘How would I find my dream guide?’ (When I ask this question, usually the dream character I ask it to actually says they ARE my dream guide)

Now, what happens after I ask the dream characters things like that varies wildly. It varies depending on what I’ve done that day, how I was feeling, what my mindset and goals were like when I entered the dream and a whole bunch of other stuff.

More often than not, the result was completely RANDOM. However, one thing I noticed which was fairly steady was that when I asked a dream character ANYTHING I always got a response of some kind.

Maybe it’s because I 100% expect a response? Who knows.

Anyway, after a few weeks of exploring dream characters, I think I’ve come up with a fairly interesting idea or technique you can try in your lucid dreams. It’s not a perfect technique by any means and it might not work, because everyone has a different experience of dream characters. Here it is.. 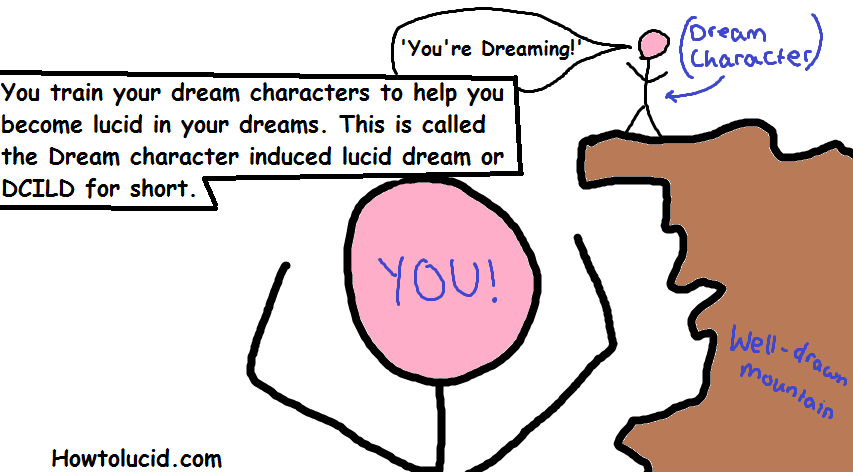 How to use the DCILD technique

So to start off, your recall has to be there. This is the basis of most of the techniques I use, and it should be the starting point. This technique is not a ‘one time’ thing, it’s something that becomes more effective over time. In order to really see the benefits of the dcild technique you need to practice it over a few weeks at least.

The basis behind it is this –

Sounds simple, and the idea is simple but actually getting it to happen is not. In order to get this to work you need to become lucid several times and actively seek out dream characters, and then train them. I say ‘train’ but you’re really just getting those parts of your mind to help you become self aware in the future.

The basic way to train your dream characters is to simply ask them. In your next lucid dream, go up to as many dream characters as you can and ask them to help you become lucid next time you’re in a dream.

The way this will induce a lucid dream is that after a while, in the future you’ll be in a normal dream. You’ll be doing something, and then a dream character should randomly come up to you and tell you that you’re dreaming.

It’s a really, really cool technique because it’s like your own mind is helping itself to ‘wake up’. It feels amazing when it happens as well. It’s like in the Matrix when they’ ring them in’ to the Matrix world. It’s like your dream character is waking you up, and you’re suddenly in the lucid world.

What to ask your dream characters

Here are some examples of things you can say to the DC to get them to help you in the future..

You can come up with your own of course, but the idea is to ask the dream character too help you. Of course, some will be more helpful than others, and again expectation is important. Expect that they’ll help you. That brings us on to the important part of this..

Expect them to help you

When you go to sleep, every time you should ‘expect’ that a dream character will pop up out of nowhere and help you become lucid. don’t just go to bed feeling safe in the knowledge that it will happen. Really will it to happen. Almost be going to bed ready and waiting for a dream character to find you.

Like I said before, it may take a few weeks, so if you’re looking for a faster technique then maybe the WBTB would be better for you. That being said, this is a great technique and it feels more special. It feels like you’re really mastering the art when you get this right.

Where to find dream characters

A problem I can see people might have with this is actually finding a dream character to ask! This shouldn’t be that common as almost every dream has other dream characters in it, but some people don’t have that.

Some people have dreams about just scenery, being in the mountains or in the middle of nowhere. For those people, try visualizing a busy city before you go to bed. Also try finding a dream portal and expecting to find yourself in a busy city when you get to the other side.

Dream characters often appear where you’d expect to find people, int he waking world. Places that people normally gather like cities, towns, buildings and so on. Your mind will populate these places with lots of dream characters!

More tips on making this work

To make this technique work, you’ll find it useful to learn more about dream characters. I’ve been able to convince dream characters that they’re lucid before, so there’s no limit to what you can do! Just ask!