Wolves are known to maintain a strong bond among pack members – usually consisting of family. As such, a wolf can give up its life just to see that the others in the family are safe.

Impressive, right? Such is the extent to which this animal is willing to go to prove its loyalty and affection.

And there lies the dream meaning of wolf, for a larger part. Wolves in dreams symbolise love and loyalty. They draw your attention to people in your life willing to be by your side through whatever it is you are facing. 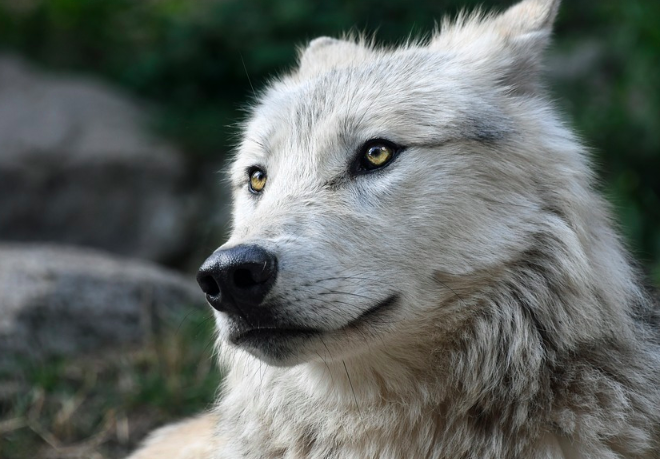 But as with many dreams, considering all the nits and grits is essential in coming up with a good enough interpretation. And that gives way to two sides of the same coin – the good and the bad.

So where does your dream fall? On the bright side or the gloomy one? Get the entire scoop right below.

Wolves in dreams – details that matter

So there are two main characters in this dream scenario – you and the wolf (or wolves).

The meaning of the dream will be based on your behaviour and that of the wolf. These behaviours could be yours directed towards the wolf or vice versa.

Specific aspects of the wolves can also be used as cues to provide the meaning of a dream. They include

So a summary of the details here is

Your conduct towards the wolf

Keeping a wolf as a pet

Having a wolf as a pet in a dream draws your attention to your well-being. It shows that there is a certain unexpected care you are getting from someone. As per this dream, knowing exactly what this help may not be possible.

The dream can go two ways depending on the circumstances under which you killed the wolf.

Killing a wolf that attacks you denotes triumph. Whether you have enemies or competitors, victory on your side is imminent.

If the wolf you killed hadn’t attacked you, it may call for a self-reflection on your side. Such a dream means you are going to end up a traitor thus hurting other people.

Fighting with a wolf

This dream means there are people in your circle strongly opposed to your progress. Fighting the wolf is you trying to rise above this opposition.

You may end up being separated from these people. A win for you.

The wolf could stand for your pride. Eating it signifies your swallowing of this pride and going with the expected flow.

That means you are more conscious of moving forward in your endeavours regardless of the price.

A dream with a howling wolf could mean a couple of things.

It could be that you feel your personal space is being invaded – at work or at home. The howling wolf is a warning for everyone to back off.

The howl could also be you or someone close asking for help. It all depends on the specific situations you are going through. Consider this and decide.

You may have this kind of dream if you have been having second thoughts about taking certain actions. The talking wolf is your inner self trying to lead you on away from this path of self-doubt.

A wolf attack in a dream symbolises adversaries in waking life. They could be purely competitors or people with ill motives.

Either way, be ready for the opposition.

Being followed by a wolf in a dream means being in a fix as far as a relationship is concerned. You may end up in one that is both emotionally and physically draining.

Feelings of helplessness will be a guarantee.

This is a sign of betrayal. Others may do actions to sabotage your authority thus annoying you in the process.

A growl or snarl

A growl/snarl is usually a way of passing a warning on the wolf’s part. And the same goes for a dream.

The growl or snarl depicts a threat – and you aren’t backing down as far as marking your territory.

Individual characteristics of the wolf

Here are some common wolf colours in dreams and what they mean:-

A pack of wolves

Such a dream is etched in the social nature of human beings. You not only value family but you also expect other family members to tow the same line as you.

You are willing to do what it takes to keep the family happy.

If you have been alone for some time now, a wolf cub dream tells you of your readiness to move on. Go out and meet someone. You are ready for a relationship.

This points to your confidence levels – they are at the highest point. You are generally more certain about what you are doing.

If the wolf is hostile, it can be a sign that you have an underlying fear about the task at hand. You consider it too big for your abilities.

What’s the meaning of your wolf dream?

The above are some common interpretations of dreams about wolves. Both your role and theirs (the wolves’) matter in getting the full meaning.

What was your action towards the wolf? Or were you the one on the receiving end? Remember everything about the wolf?