How Going To The Cinema Can Help You Lucid Dream More

How Going To The Cinema Can Help You Lucid Dream More

Here’s how you can have better lucid dreams by pretending you’re at the cinema watching your favorite film.

Watching a film at the cinema is much like a Lucid Dream.

How? Let’s explain.. Today, we’re going to be talking about a little trick I’ve discovered for improving your control and grip on a Lucid Dream. It’s called the ‘Cinema technique’ and as far as I know, no-one else has posted anything like this or talked about this, so you heard it first at HowToLucid! Anyway, let’s dive in..

Think about the last time you watched a film at the cinema. Remember how you sat in your chair, and looked down on the theatre, remember all the chairs, and the huge screen at the front, with vivid images and loud booming sounds all around you. This can be used as a technique to control your Lucid Dreams.

This is going to take some explaining, but stay with me, I assure you this works. Have you noticed what happens when you’re in a cinema? You sit down, and maybe for the first 20 minutes or so, you’re aware of yourself, you might look around, see who else is in the room with you, listen to the sounds of people eating, talk to your friends or partner etc.. 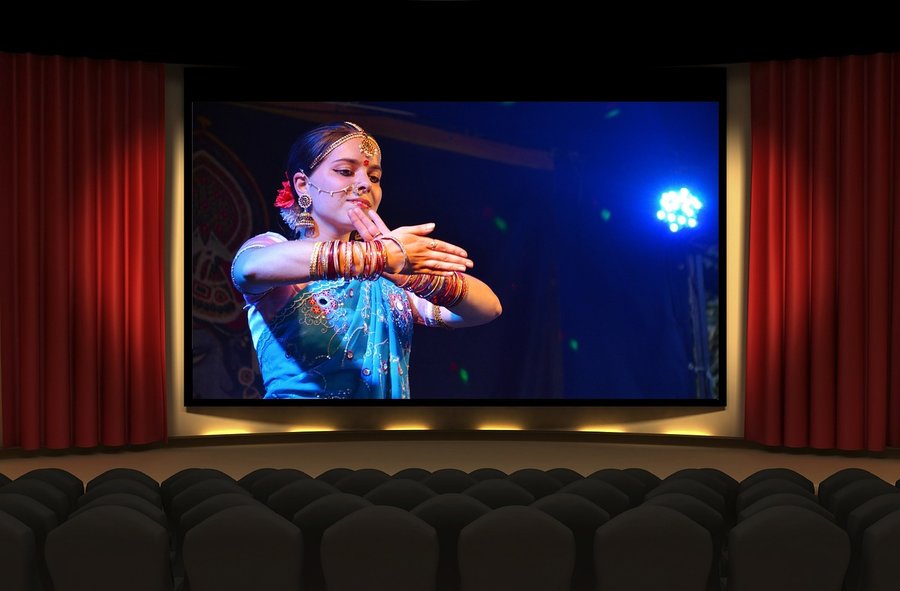 After a while you become immersed and gripped by the film, and you lose track of your surroundings.

You lose awareness of what’s going on around you in the room, and become absorbed by the movie. Now, this is what happens in a dream. For most people, it’s hard to stay focused and Lucid because the dream is so vivid and exciting that it pulls you in, and you tend to forget that you’re actually sitting in the cinema seat, in full control of it all, or at least, you could be.

How the cinema technique can help you lucid dream

So in order to utilise what I’ve called the Cinema trick for Lucid Dreaming, think of your dreams like a film. Imagine yourself sitting in the chair at the cinema and this is the key; remember at all times that you’re actually sitting in that room.

Don’t become too involved in the dream, because you’ll drift out of lucidity and wake up wondering what happened. It will take a bit of practice, but imagine it’s like you’re going to the cinema, and watching a detailed vivid and exciting film, but all the way through that film you are focusing on yourself and your location in the seat.

Remember yourself and your awareness of yourself, while at the same time watching or controlling the film. What I’m basically saying here is to experience the dream fully, but don’t get too involved in it, or you’ll lose lucidity and it will become a regular dream.

The world of Lucid Dreaming is so exciting and vast that it can be hard to stay focused and in control, because there is so much to experience, but in order to stay in control for longer, use the cinema technique. Losing focus is one of the 7 beginner Lucid Dreaming mistakes.

So whenever things are getting too vivid or exciting, take a step back and think about what you’re doing. Remind yourself that you’re in a Lucid Dream, and that it only takes seconds to lose that control.

You could be flying around the city, aware of yourself and the fact you’re dreaming when a dragon comes round the corner, blasts you with fire and then you’re falling and before you know it, you’re running with the rest of the dream characters and you’ve lost control.

Every time you’re experiencing a lot in the dream or it’s getting vivid and exciting, take a small step back and remind yourself you’re dreaming, and that you can control it. Think of it like watching a film, and then every 20 minutes or so taking your eyes off the screen, and looking down at your hands, maybe look around the room and remind yourself you’re in a cinema screen in your city.

To sum up, here is how to use the Cinema technique to improve your Lucid Dreaming control and ability.

Hopefully this little cinema trick will help you to have more exciting and guided Lucid Dreams, because I know how annoying it can be to be Lucid and then in a few seconds, you drift into the stream or thoughts and experiences that is the dream world, only to wake up in the morning wondering where it went wrong!

Useful tips for making it work

Try and stay focused by practicing meditation. This will improve your ability to focus on something while at the same time, relax. You might also find that binaural beats are helpful for this as they let you slip into deep relaxed states which helps you lucid dream more.