You’re probably trying to fly WRONG in your lucid dreams. The way you try to fly in a lucid dream is something that LOADS of beginners get wrong.

When you’re in a dream and you ‘try’ to do something using physical effort, you’re telling the dream you want it to resist you.

Let me explain what I mean by this. Let’s say in real life, you try and run away from an angry dog, you expect it to chase you, right? In the same way, when you are swimming, you physically move against the water in order to move through it, right?

Well, this makes sense because in the real world, we’re ruled by laws such as gravity. These laws don’t exist in the dream, UNLESS we expect them to. This makes for a very important distinction between your ‘types of effort’ when trying to do various things. 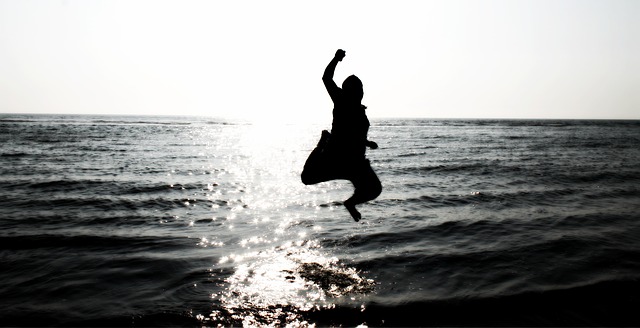 When most people try and fly in a lucid dream, typically they ‘push’ really hard off the ground and then ‘try’ to stay in the air hoping that they’ve pushed ‘hard enough’ or something like that.

This is flawed thinking, because there are no laws in a lucid dream like there are in the real world. You don’t need to push off the ground really hard, you just need a change in mindset – When you try and use physical movements to do things, you’re telling the dream to resist you.

In much the same way, some beginners try and ‘flap’ their arms in order to fly, or physically try and move through the air. Some even try and ‘swim’ through the air, thinking that their physical arm movements have an effect on their flight. They don’t.

By using physical motions, you’re telling your dream to use what it knows – resistance. When you swim, and you push really hard against the water, you get tired quickly and you struggle to move. In a dream, you don’t need to physically try at all.

You just need a belief, and something to focus on.

In order to fly, you just need to believe that you can. Imagine what it would be like to have the ability to fly at will, not just jump high, but to levitate and float around wherever you want and at any speed you wanted. Having this belief will give you this ability.

Use mental effort, NOT physical effort

What I mean by a belief is that you just need a change in your mindset. You need to really understand that you can control the dream without physically trying. I hope this is making sense.

Try and understand that your EXPECTATIONS and BELIEFS control what happens in your dream. Not your hand movements. It’s like in the Matrix, when Neo tries to bend the spoon and the little boy says ‘Don’t try to bend the spoon, instead try to remember, there is no spoon’.

It’s so true… The dream world isn’t real, it’s entirely created and experienced by your mind, and therefore you don’t need to physically try and exert effort in order to do something, you just ‘will’ it to do what you want.

If you’re in a fight with a dream character, you don’t need to punch them. You just need to believe that you have a certain power. Once, I was lucid in a city I’d never been to. Some guy approached me and started trying to fight me, and I just raised my hand and willed him to stop and float into the air.

I could hold him there with my mind powers alone, and he couldn’t do anything to me. I didn’t need to physically try and fight him off because I was lucid, I was in control and could manipulate the dream to such a degree that I understood how it worked. I KNEW that my mind was creating it, therefore I didn’t need to punch the dream character, I could just ‘stop’ him with my mind.

Learn to become a lucid superhero

Flying is just one of the superpowers I explain in detail in the lucid superhero guide. It’s a detailed manual on learning specific superpowers in lucid dreams, and explains many common mistakes like this one. For most of us, small mistakes and mindset errors hold us back!