Do Blind People Dream: Everything You’ve Wanted To Know

Do Blind People Dream: Everything You’ve Wanted To Know

Around 39 million people in the world are completely blind and it leaves us to wonder: if those that suffer from blindness can’t see the world by day, can they see by night, in their dreams?

Dreams are just projections of our thoughts and memories, so the simple answer to whether or not blind people can dream is yes. Their dreams might differ slightly from those of us with vision though, particularly if they’ve been blind their whole life, or for as long as they can remember.

There have been some people with loss of vision that have been found not to show rapid eye movement during REM sleep. This doesn’t mean though that they lack REM sleep, or the dreams that come with it. It’s simply that their eyes don’t move, because their dreams aren’t visual. They are still able to have dreams involving other senses. 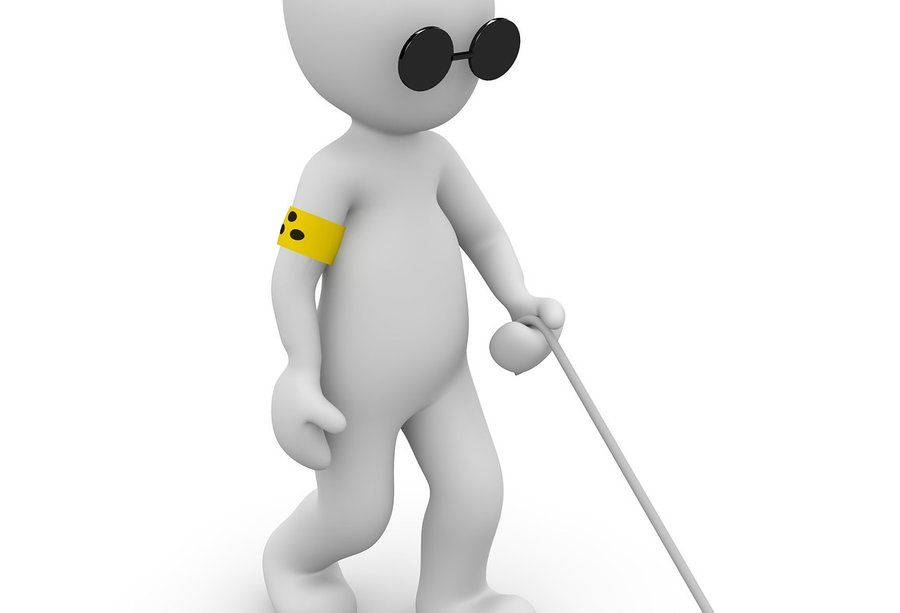 Do they have sight in dreams?

As to whether or not the blind can see in their dreams, this depends on how long they’ve been blind for, and if they remember ever having sight or not.

Those that have previously had sight, and then lost it, are likely to still see images, scenes and people in their dreams just as we do. If a person has only recently developed a loss of vision the likelihood is that their dreams will probably be just like everyone else’s, just as vivid in imagery.

Over time though, vision and sight in dreams will probably fade, as other senses become stronger in real life, so do they in the dream world. Some that have slowly forgotten what it is to see though have claimed to still see light and colours in their dreams, but clarity in images is slowly overtaken by clarity of sound, touch and smell.

Dreams can only be a depiction of what we already know, so those who have been blind from birth have no vision in their dreams, but instead dream with other senses, like those that they can experience in real life. Whilst for most people, dreams mainly consist of images, and sometimes sound, but rarely do other senses make an appearance.

For the blind though, other senses are heightened by the loss of vision, and this is reflected in their dreams. Many blind people have reported their night time fantasies consisting of sounds, or even touch, taste and smell. In terms of other senses, their dreams might even be more vivid than those of us who simply rely on images to tell us the stories of our dreams.

Can the blind have nightmares?

It’s not just things we see that scare us, but things we hear or feel. Fear is a sensation. A nightmare that has been said to be common in the blind is a nightmare about getting lost. This isn’t a surprising fear to haunt dreams, it would be a scary enough experience for all of us, but an even worse experience for those that can’t see. It would be the ultimate fear of the unknown situation.

If we look at what nightmares are, it’s thought they can be a survival technique, readying us in our sleep for any experiences we might encounter in the real world. It makes sense then that the blind have nightmares that put them in positions, such as being lost, where they need to find a solution using limited senses.

Nightmares are also more likely to haunt those that are more recently blind than those that have never known anything different. Being thrown into a new situation, and having to adapt your entire way of life is a scary thought, and an even scarier experience to live. You might think that there’d be rest from that newfound stress in sleep, but the reality is it probably pervades dreams as well. By continuing the fear of a new condition into sleep, we’re more likely to accept and adapt to the situation more quickly, and this is also the logic behind the nightmares of the blind.

So blind people can dream?

So, the blind may not appear to have REM sleep because they lack the eponymous quality of that sleep stage, their eyes remain still throughout the whole night, but this doesn’t mean they don’t dream. The blind can have dreams just as vivid as ours, only featuring senses that probably wouldn’t appear in the dreams of someone with full vision. And with dreams come nightmares, being unable to see in dreams doesn’t also mean an exemption from fear.

Blindness may seem like an impairment, but when looking at their dreams, we see an unlocked world that we struggle to imagine. There is a strength to other senses that we can only pretend to know.