Ashwagandha And Its Effects on Dreams & The Mind: Ultimate Guide

Ashwagandha And Its Effects on Dreams & The Mind: Ultimate Guide

Let’s take a look at this strange herb; Ashwagandha and how it can massively boost your lucid dreaming ability and improve your mind.

You may never have heard of this strange sounding herb, but Ashwagandha has been around for quite some time in places like India, Africa and Arabia. In fact, its been a traditional healing tool for cultures in these parts of the world for nearly four thousand years. Another name for it is Indian ginseng or withnia somnifera. You’ve probably never heard of those two names either, though!

The important thing to know here is that Ashwagandha has been a staple in the Indian Ayurvedic healing tradition and has recently began to slowly catch the attention of Western medicine. Its benefits and uses are really quite impressive and the herb (root) has been known to treat ailments that are especially prominent in today’s modern world – even those that are more psychological than physical.

The main organ that Ashwagandha seems to be able to heal and restore isn’t the liver, heart, or lungs; it’s actually the human brain. As you probably know, the brain is key to overall well-being and its health is extremely important to the proper function of not only other vital organs in your body, but also your emotional and mental health, as well. What the herb does more specifically, is it helps to regulate hormones and specific chemicals that are vital to a happy, healthy state.

One of the most widespread issues of modern society, in both the East and West, is the incessant feeling of stress that huge populations of people seem to struggle with on a daily basis. When you’re stressed, all other bodily functions are compromised and you’re prone not only to have issues with your emotional state, but also with your immune system, blood pressure, and energy levels. 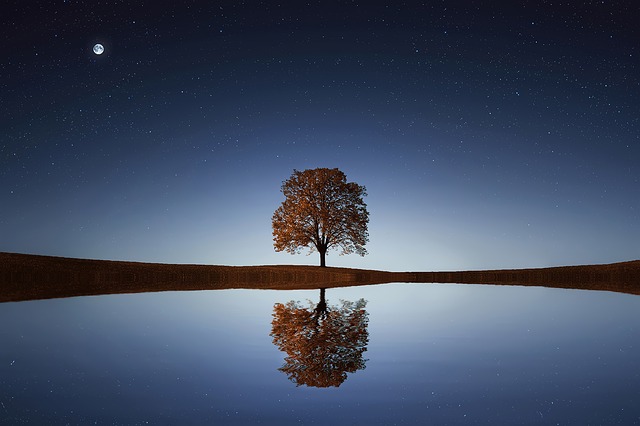 The key chemical that arises as a result of stress is called cortisol. When there’s too much cortisol in your body, your system goes a little haywire and can cause you even more anxiety, just deepening the stress cycle.

As you’ve probably already guessed, Ashwagandha helps treat the stress issue by having similar effects on people like antidepressants or anti-anxiety medications. All of this without the nasty side effects like weight gain, sleep problems or energy loss.

Once the effects of stress are reduced with the help of the root, the body has a greater chance at natural rest and restoration. If you think about it, it’s really difficult for a stressed-out person, whose mind is constantly buzzing at a million miles an hour, to have a regular, healthy sleeping cycle.

Once the nervous and hormonal systems are regulated and calm down a bit, all of the other natural biological rhythms and energy levels begin to regain their healthy states. This means that the person can finally get the sleep that they need, and in turn, their body can rejuvenate itself from the much needed energy boost that it sought.

Everyone knows that a good night’s sleep also works wonders for the mind. It helps you concentrate and become more mindful, eliminating what we can call “brain fog”. Sleeping well is also key to stabilizing emotions and getting rid of irritability and anxiety that comes with feeling persistent stress.

The nutrients and elements that are present in Ashwagandha, like potassium, iron, nitrate, alkaloids and antioxidants, also make it an effective anti-inflammatory supplement. Studies carried out on people with severe joint pain showed that after taking the root for just a couple of weeks, their pain and swelling drastically subsided.

There are even tests being carried out in Japan that show how Ashwagandha has the power to help restore damaged nerve cells in the brain. Aside from this, there is evidence that the herb aids in improving brain synapses in places that they were once deemed lost. This means that patients suffering from Alzheimer’s or dementia may even reap benefits from this multifaceted ancient herb.

As we’ve already pointed out, Ashwagandha helps in regulating certain hormones, which would also make it a natural aid in issues dealing with fertility and sexual dysfunctions. In fact, the root has been used for millenia to treat these kinds of problems in both women and men.

It’s also prescribed to increase sexual potency in the role of an aphrodisiac, and can help restore proper testosterone levels in men. It’s also been effective in helping treat the unwanted side effects of menopause in women, by having a sort of soothing effect on the endocrine system. Women who took the root in a study showed significantly lower signs of mood swings and hot flashes.

Like with any herb, drug or supplement, there are a few things that you need to consider before taking Ashwagandha. First off, don’t try the root if you have a thyroid problem. This could potentially interfere with your hormones negatively. Avoid it as well if you’re taking any kind of medications that deal with mental or emotional health, such as anti-anxiety medication, sedative, uppers, or antidepressants.

This includes alcohol and recreational drugs. There have been cases of miscarriages while taking Ashwagandha, so don’t take it if you are pregnant or nursing.

It’s always best to consult with a natural health practitioner before starting any herbal regimen, so do try to find an experienced herbalist or Ayurvedic healer to consult with before taking Ashwagandha. Also, don’t forget to make sure to check where your herb comes from. It’s always better to be safe than sorry!