Are You REALLY Controlling Your Dreams When You’re Lucid?

Are You REALLY Controlling Your Dreams When You’re Lucid?

This might seem like a silly kind of post, but it’s on which we feel is needed. When you’re Lucid, how much control do you REALLY have over your dreams and what happens in them? Well, it actually isn’t as much as you’d think.

A dream is a concoction of subconscious memories, ideas and thoughts combined with things you’ve experienced recently, even including what you’re thinking about when you go to sleep, and what you’ve been thinking about during the day.

When you dream, although after becoming Lucid you’re able to control your ‘choices’ and actions to a certain degree, you’re not REALLY in control of the entire dream, because it’s too complex. Just like in Inception, it’s explained that when you’re dreaming your mind ‘creates and perceives the world simultaneously’ and it does it so well you don’t realize it’s happening.

Are you controlling the dream, or EXPLORING it?

As explained in the definition of an oneironaut, Lucid Dreaming is sometimes referred to as ‘piloting’ or ‘guiding’ your dreams as opposed to controlling them. Many people assume that to be Lucid means to have control over everything in the dream, but that’s not really how it works. 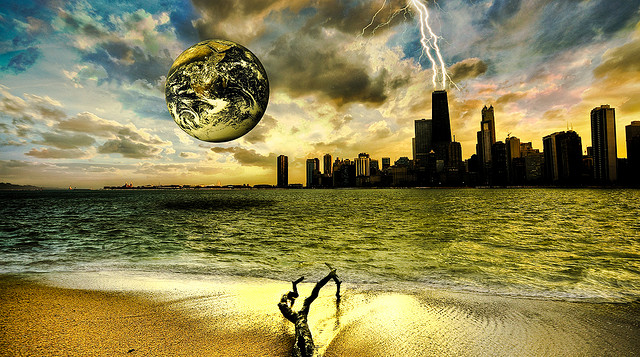 You’re never in COMPLETE control of the dream, think back to your last lucid dream and what you experienced, chances are you ‘encountered’ various things but you don’t remember consciously DECIDING to create those aspects of the dream, do you? Let’s look at an example..

You’re in a dream and you’ve become Lucid. You’re aware of the fact you’re dreaming and you’re very aware of your power and ‘control’ in this way. You start throwing objects around with your super powers and then walk over to the other side of the field, but wait a minute.. At what point did you DECIDE to create a field?

You didn’t. Your subconscious mind created that, and you ‘perceived’ and experienced it, although you’re Lucid, you’re still only guiding yourself through the vast expanse of your subconscious mind, which you’re not in control of as much as you’d think. This is the part of your brain responsible for breathing, regulating your bodies internal temperature and blood flow.. You don’t control this.

I know you’re probably thinking that you ARE in control of the dream if you’re Lucid, but when you look at the details, you’re not. Anything you interact with in the dream for example the dream characters or walking through a busy city in a dream.. You didn’t decide to create that city, and regulate or ‘control’ how the dream characters move, what they do and that sort of thing.

It’s something only your subconscious mind can regulate and create, while your conscious mind can become self aware and experience it. Now, don’t get us wrong you CAN develop a profound sense of awareness and ‘control’ within the dream, but you can never control all of it.

By exploring the lucid dream you can learn things that you wouldn’t learn if you tried to control everything. Another thing to consider here is that the more you try to control the lucid dream the more chance you have of waking yourself up, but by letting the dream unfold on it’s own, you can get in the middle of the creative process and experience ‘creation’ or true inspiration.

Inspiration can come from your dreams and more often than not it comes from those deep vivid dreams where your subconscious mind is going crazy, throwing random ideas and experienced into a giant mixing bowl, and if you’re Lucid while this is going on you can achieve true inspiration.

Ideas that never would have been apparent to you in reality will just blend together and manifest themselves in front of you, while you’re able to hopefully write them down when you wake up in the morning. This is a great way to solve problems, or work on issues you’ve been having in your personal life. Many famous mathematicians solved their problems in a dream.

In a dream there are not as many ‘logical’ limits on your thinking. Ideas that would not normally be available are just ‘there’. It’s a great thing to experience, and that’s what this post has been about really, to make you aware of the fact that you don’t NEED to control the dream as much as you’d think.

It’s great fun to mess around with things like super powers or trying to use mind control on dream characters etc.. But don’t get carried away. You can learn a surprising amount about yourself by just exploring the dream and experiencing it the way you were meant to.

How to get started with lucid dreaming

Get started by doing the following steps: